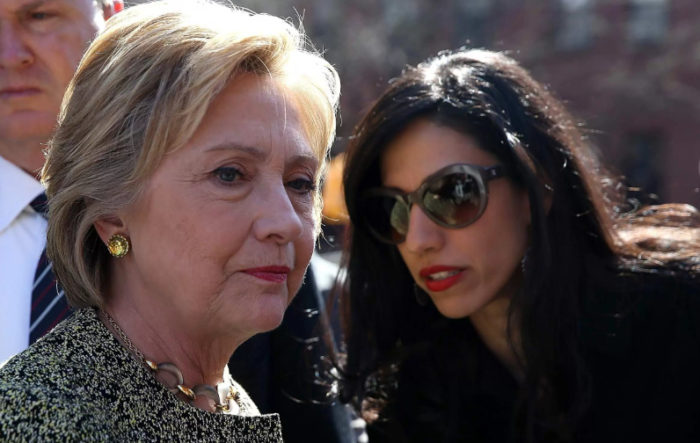 Looks like someone was sleeping through their required classified material training. So where are the handcuffs?

But they didn’t do anything about the huge stash until now. Once again, just the act is in and of itself a potential felony for each one sent. It also raises the question: where did the printed emails go and who may have seen them?

FBI agents in April confronted Huma Abedin with an email she received in 2010 warning her that her Yahoo email account — where she’d “routinely” stored State Department messages, including ones containing classified information — might have been compromised. The revelation is contained in a summary of the FBI’s interview with Abedin, conducted on April 5.

Abedin told agents “she was not sure that her email account had ever been compromised,” according to notes of the interview, conducted as part of the FBI’s investigation of former Secretary of State Hillary Clinton’s unsecured and unauthorized home email server. Abedin served as Clinton’s deputy chief of staff and is currently vice chair of her presidential campaign.

The answer wasn’t comforting to agents who feared classified government material had been hacked. Yahoo is notoriously vulnerable to hacking. In 2014, for example, a half-billion Yahoo accounts had been hacked in the biggest data breach in history.

Worries mounted this month when investigators found 650,000 emails on a laptop Abedin shared with her former-congressman husband, Anthony Weiner, a suspect in an interstate child pornography case. Reportedly, many of the messages were from Abedin’s [email protected] and other accounts. More