We grew up believing that the FBI was an honest and honorable institution but Mueller, Comey, and others have destroyed their image and turned it into the swamp.  It’s now only a criminal entity.

President Trump please flush the swamp & clean house at the FBI, bring the criminals to justice and make the FBI respected by “we the people” again. 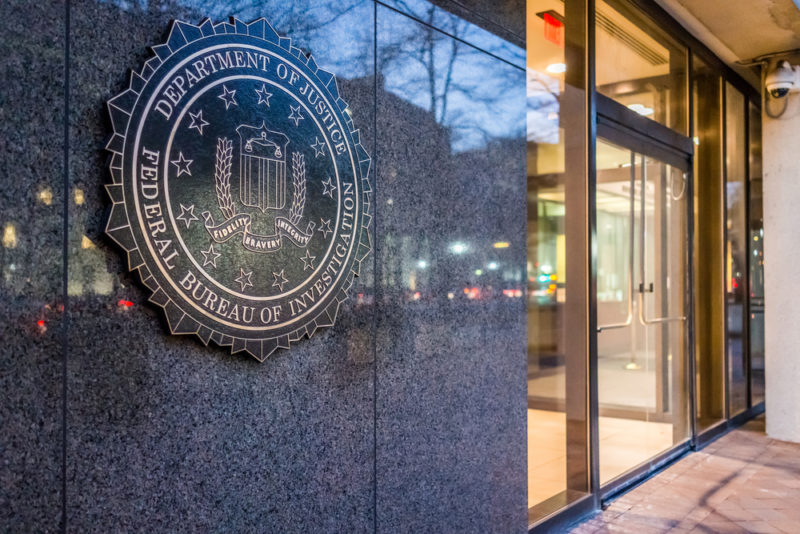 Are the American people the real idiots to let career political hacks take control, do as they illegally please and move on to make millions of dollars and then have the audacity to rub it in our faces? There needs to be a million American march on Washington to let them know they work for us. It’s time.

Yesterday the President of Judicial Watch Tom Fitton received emails from the FBI that he requested in a FOIA request related to the Clinton-Lynch tarmac meeting that occurred in 2016.  The documents he received once and for all prove that the FBI is compromised and is being led by dirty cops!

Judicial Watch released 29 pages of Clinton-Lynch tarmac meeting docs yesterday which were previously withheld by the Justice Department.  Per their press release –

Judicial Watch today released 29 pages of Federal Bureau of Investigation (FBI) documents related to the June 27, 2016, tarmac meeting between former Attorney General Loretta Lynch and former President Bill Clinton. The documents show that FBI officials were more concerned about leaks than the actual meeting itself.  The new documents also show that then-FBI Director Comey seemed to learn of the meeting from news reports.

The new documents were obtained by Judicial Watch in response to a Freedom of Information Act (FOIA) lawsuit (Judicial Watch v. U.S. Department of Justice (No. 1:16-cv-02046)) filed after the Justice Department failed to comply with a July 7, 2016, FOIA request seeking:

The new FBI documents show FBI officials were concerned about a leak that Bill Clinton delayed his aircraft taking off in order to “maneuver” a meeting with the attorney general.  The resulting story in the Observer is seemingly confirmed and causes a flurry of emails about the source of the article.  FBI official(s) write “we need to find that guy” and that the Phoenix FBI office was contacted “in an attempt to stem any further damage.”  Another FBI official, working on AG Lynch’s security detail, suggests instituting non-disclosure agreements.  The names of the emails authors are redacted. There are no documents showing concern about the meeting itself.

The FBI originally informed Judicial Watch they could not locate any records related to the tarmac meeting.  However, in a related FOIA lawsuit, the Justice Department located emails in which Justice Department officials communicated with the FBI and wrote that they had communicated with the FBI.  As a result, by letter dated August 10, 2017, from the FBI stated, “Upon further review, we subsequently determined potentially responsive documents may exist. As a result, your [FOIA] request has been reopened…”

On June 27, 2016, Attorney General Loretta Lynch met with former President Bill Clinton on board a parked plane at Sky Harbor International Airport in Phoenix, Arizona.  The meeting occurred during the then-ongoing investigation of Mrs. Clinton’s email server, and only a few days before she was interviewed the Justice Department and FBI.  (Judicial Watch filed a request on June 30 that the U.S. Department of Justice Office of the Inspector General investigate that meeting.)

The tarmac meeting also came just days before former FBI Director James Comey held the July 5, 2016, press conference in which he announced that no charges would be filed against Mrs. Clinton. In his subsequent, May 3, 2017, testimony before the Senate Judiciary Committee, Comey said the Lynch-Clinton tarmac meeting was the “capper” among “a number of things” that had caused him to determine that Department of Justice leadership “could not credibly complete the investigation and decline prosecution without grievous damage to the American people’s confidence in the justice system.”

These documents confirm what has long been suspected, that the FBI is a compromised entity that no longer is engaged in law enforcement but instead is a vehicle used by the deep state and corrupt politicians to attack and besmirch innocent American civilians.

For years the FBI hid its corruption through various acts like delaying reports, hiding investigation results and eventually letting their deep state allies off free from blatant crimes committed.  Under former FBI Director Robert Mueller the following major scandals and likely crimes that Mueller did not meaningfully investigate as FBI Director resulted in no arrests and no consequences:

Emailgate (2007): discovery that several top Bush administration officials violated the Presidential Records Act by using an RNC server for email communications while conducting official business, followed by the deletion of millions of the same emails

IRS Targeting (2010-2013): the IRS intentionally selected and then delayed or denied tax-exempt 501(c)(3) applications from conservative groups to prevent them from participating in the 2012 election, followed by IRS agent Lois Lerner invoking her Fifth Amendment privilege against self-incrimination

Fast and Furious (2010): this ATF program, which seems to have served no rational purpose, allowed over 2,000 guns to be purchased illegally inside the United States and then “walked” into Mexico for use by criminals, one of which was later used in the 2010 murder of Border Agent Brian Terry by the member of a Mexican cartel

Associated Press Spying (2012): the Department of Justice illegally seized the communications of AP reporters made during April and May 2012, allowing the DOJ to unmask journalists’ confidential sources

Clinton Foundation Pay-for-Play (2009-2013): during the period in which Hillary Clinton held the office of Secretary of State, the Clinton Foundation and Bill Clinton received millions of dollars in paid speaking fees and a million dollar “gift”from countries involved in matters with the State Department, many of which had ties to terrorism and human rights abuses; some of these funds were apparently diverted from charitable causes to personal expenses, such as Chelsea Clinton’s 2010 wedding

Russian Uranium Deal (2009-2013): Hillary Clinton’s State Department approved a deal allowing a Russian company to control 20 percent of the uranium mining production capacity inside the United States, which was followed by millions of dollars in donations to the Clinton Foundation from people associated with the transaction

Clinton Private Email Server (2009-2013): during her entire tenure as Secretary of State, Hillary Clinton dodged Freedom of Information Act requirements by using a private email server to conduct official government business, as well as sent and received classified information that was Top Secret over an unsecured system—an “extremely reckless” (and obviously illegal) act.”

We reported in August this year that Mueller is a dirty rotten cop.  He was strategically placed in the position of Special Counsel to investigate the Trump-Russia fake news story by his former partner in crime Assistant Attorney General Rod Rosenstein.  He brought in a team of individuals that are all partisan hacks that worked for the corrupt Clintons and Obama administration.

James Comey, who President Trump fired at the FBI, opted to not charge Hillary Clinton with the multiple charges she was guilty of last year only one week after corrupt former President Bill Clinton met AG Lynch in Arizona.

Comey admitted committing a crime in leaking documents to the press that he hoped and planned would lead to the special counsel investigation of President Trump.  He too is a dirty cop. Read more at TGP.