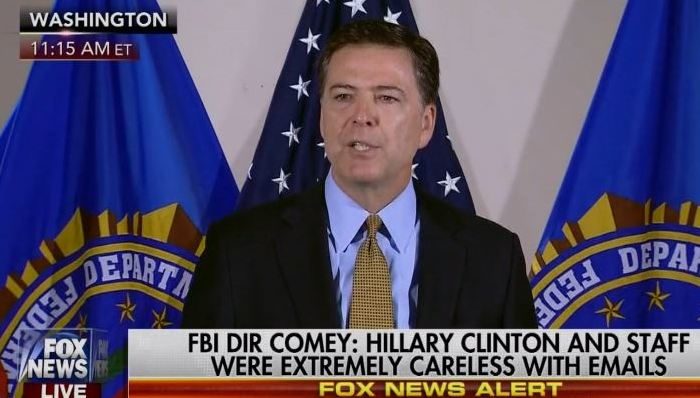 Judge Jeanine called it… Sound off below with your comments.

WASHINGTON — FBI Director James Comey said there was no direct evidence Hillary Clinton intended to violate laws with her email account, but she and her staff were ‘extremely careless.’

“Our judgment is that no reasonable prosecutor would bring charges in Clinton email case,” said Comey. “I can assure the American people this investigation was done honestly, competently and independently.”

No media questions were taken by Comey.

The system is rigged. General Petraeus got in trouble for far less. Very very unfair! As usual, bad judgment.