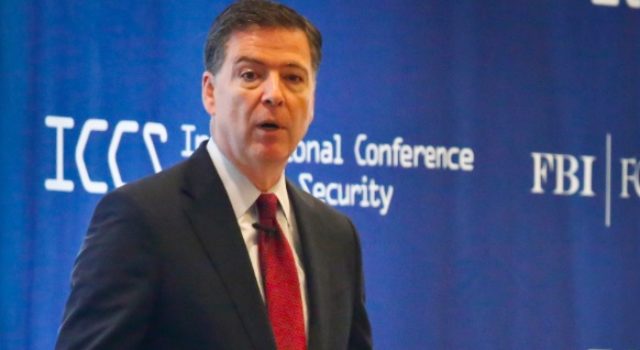 FBI Director Comey can send all the warnings he wants but Obama or Hillary will not listen to what he has to say because it doesn’t fit their agenda.

Last year, during testimony to a House panel on refugee resettlement and terrorism, FBI Director Comey warned that their is NO WAY to properly vet Muslim refugees coming into America. Of course, the main stream media ignored the testimony and warning from Comey. As Obama and the UN continue to bring in thousands of unvetted refugees, Americans are put at risk. Now, Comey has doubled down on his effort to wake up the Obama administration and America:

“At some point, there is going to be a terrorist diaspora out of Syria like we’ve never seen before.”

FBI Director James B. Comey on Wednesday told a cybersecurity conference in New York that Americans can expect to see a “terrorist diaspora” metastasize out of the Middle East.

Mr. Comey told an audience at Fordham University that battlefield gains against the Islamic State group in Syria will have the practical effect of scattering terror cells across the globe.
“At some point, there is going to be a terrorist diaspora out of Syria like we’ve never seen before,” Mr. Comey said, The New York Times reported Wednesday. “Not all of the Islamic State killers are going to die on the battlefield.”
The FBI director went on to say that the Islamic State, also known as ISIS, is a problem that is exponentially more threatening than the emergence of al Qaeda.
“This is 10 times that or more,” Mr. Comey said, the newspaper reported. “This is an order of magnitude greater than anything we’ve seen before.”