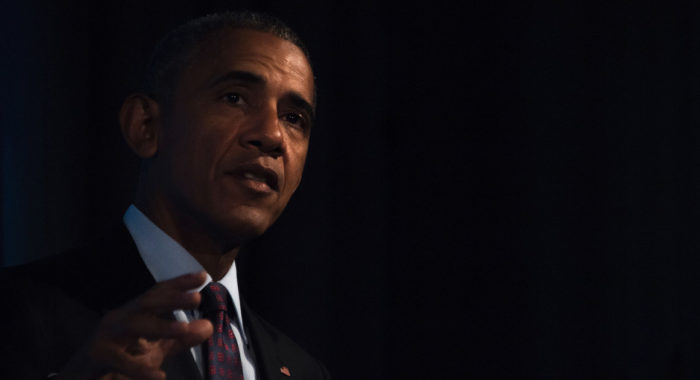 But didn’t Obama say he didn’t even know about Hillary’s email? Obama and Hillary are liars and try to cover stuff up but the truth always comes out.

President Barack Obama used a pseudonym in email communications with Hillary Clinton and others, according to FBI records made public Friday.

The disclosure came as the FBI released its second batch of documents from its investigation into Clinton’s private email server during her tenure as secretary of state.
Story Continued Below

The 189 pages the bureau released includes interviews with some of Clinton’s closest aides, such as Huma Abedin and Cheryl Mills; senior State Department officials; and even Marcel Lazar, better known as the Romanian hacker “Guccifer.”

In an April 5, 2016 interview with the FBI, Abedin was shown an email exchange between Clinton and Obama, but the longtime Clinton aide did not recognize the name of the sender.

“Once informed that the sender’s name is believed to be pseudonym used by the president, Abedin exclaimed: ‘How is this not classified?'” the report says. “Abedin then expressed her amazement at the president’s use of a pseudonym and asked if she could have a copy of the email.”

The State Department has refused to make public that and other emails Clinton exchanged with Obama. Lawyers have cited the “presidential communications privilege,” a variation of executive privilege, in order to withhold the messages under the Freedom of Information Act.

The report doesn’t provide more details on the contents of that particular email exchange, but says it took place on June 28, 2012, and had the subject line: “Re: Congratulations.” It may refer to the Supreme Court’s ruling that day upholding a key portion of the Obamacare law.

It’s been known since last year that Obama and Clinton corresponded occasionally via her private account, but the White House has insisted Obama did not know she relied on it routinely and exclusively for official business.

Larry Elder With Common Sense Advice On Interactions With Police