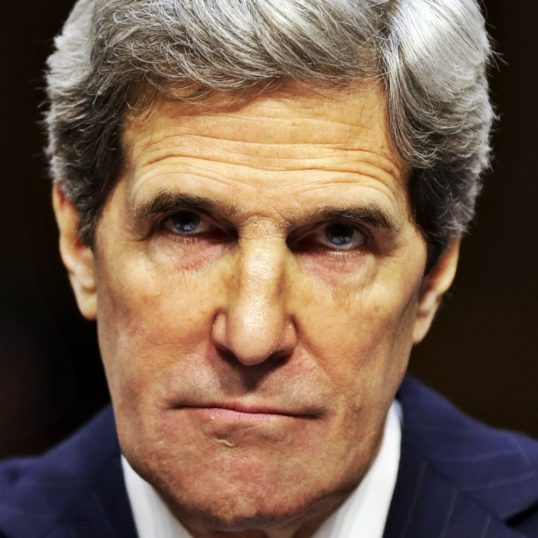 The FBI acknowledges a Shadow Government and goes on about their job! This is very concerning that this is coming to light. This means that the time to come out of the shadows is here.

Things like this is the reason no one in White House wants Trump in the White House. They are absolutely afraid of getting caught in all the crooked dealings. 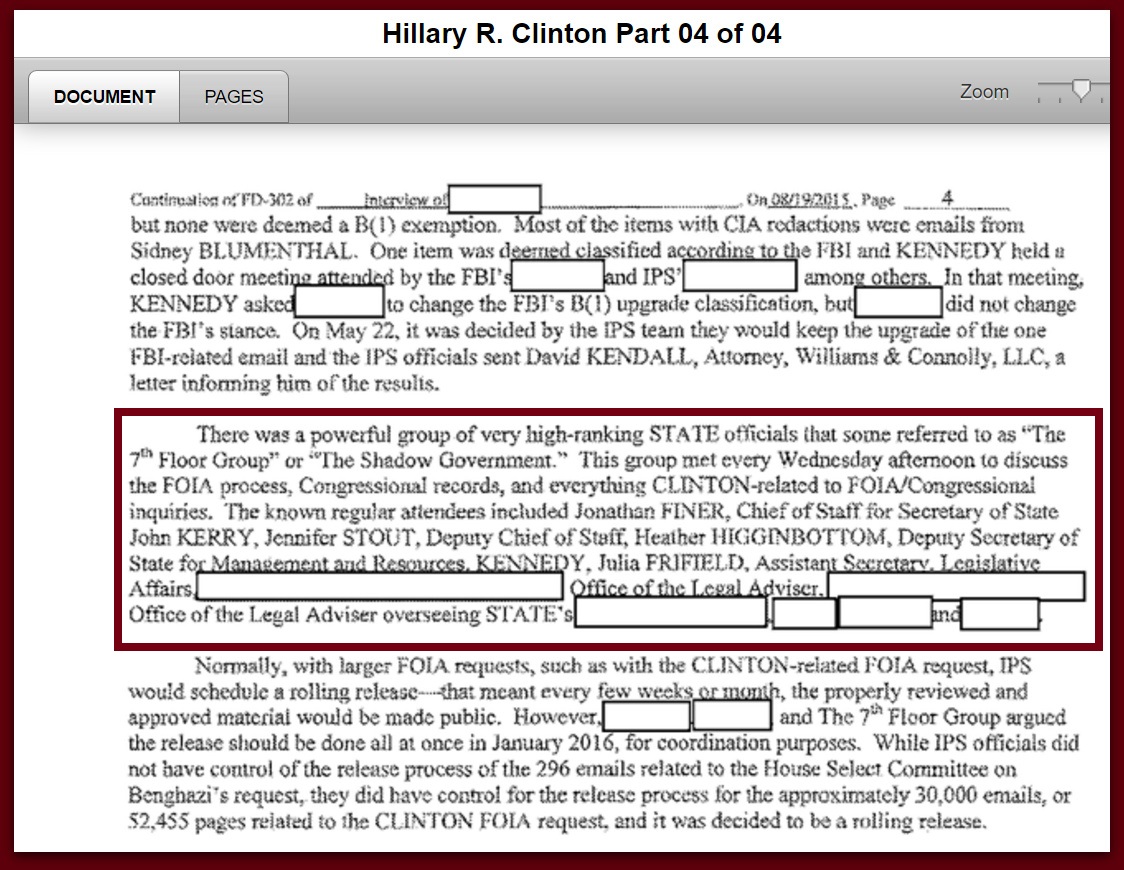 The document lists some members of this “shadow government,” which includes John Kerry and Jonathan Finer, Chief of Staff and Director of Policy Planning at the State Department, and Patrick Kennedy, undersecretary of state for management.

According to a recently-released FBI document, a group at the State Department calling itself the “Shadow Government” oversaw everything related to Democrat Hillary Clinton, perhaps the most evil person ever nominated to the White House by a major party.

On page 56 of the FBI document, which can be seen here, one finds this: 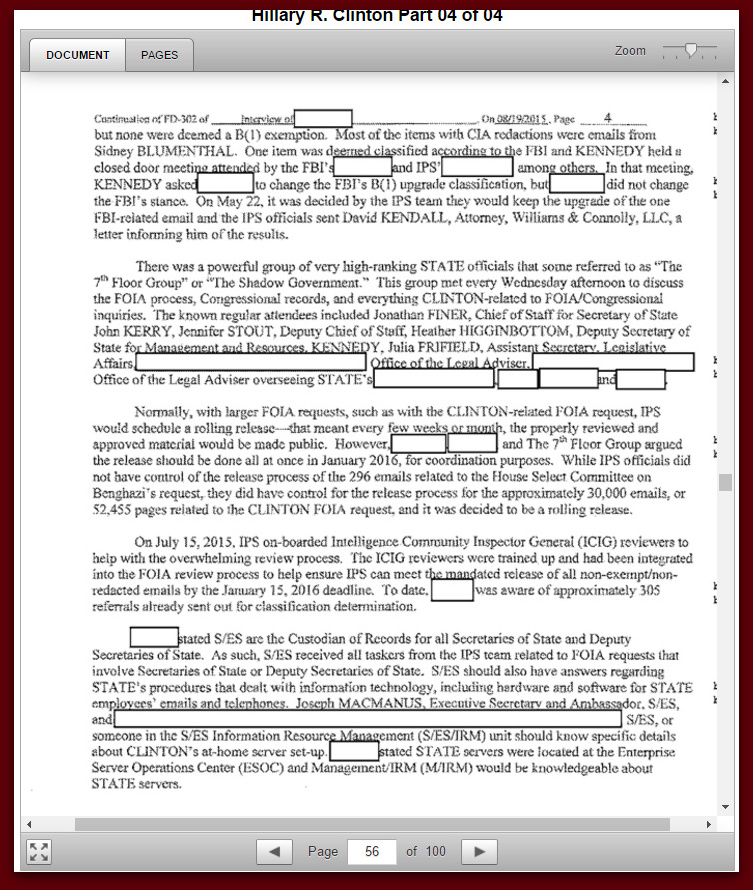 “There was a powerful group of very high ranking STATE officials that some referred to as “The 7th Floor Group” or “The Shadow Government.” This group met every Wednesday afternoon to discuss the FOIA process, Congressional records and everything CLINTON-related to FOIA/Congressional inquiries,” the document reads.

This group met every Wednesday, the document says, and included Secretary of State John Kerry and other high-ranking State Department officials. More