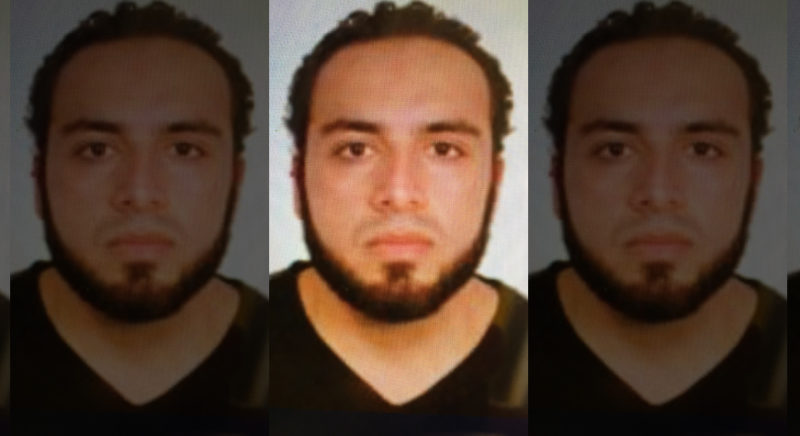 FBI identifies suspect Ahmad Khan Rahami… Hmmm looks like profiling really does works. How about we stop being PC, and start being smart, proactive and protective of American citizens. Time to go round up the terror watch list?

An Afghan-born man wanted in connection with Saturday’s New York City bombing was the subject of an all-out manhunt Monday morning, and police have cautioned the man may be armed and dangerous.

Ahmad Khan Rahami, a naturalized U.S. citizen, is wanted for questioning regarding the Saturday night blast in New York’s Chelsea neighborhood that injured 29 people. Rahami’s last known address is Elizabeth, NJ, the city where the FBI had launched at least one raid on Monday morning. That’s also the location where investigators discovered five suspicious devices — one of which exploded while a bomb squad robot tried to disarm it — near a train station. 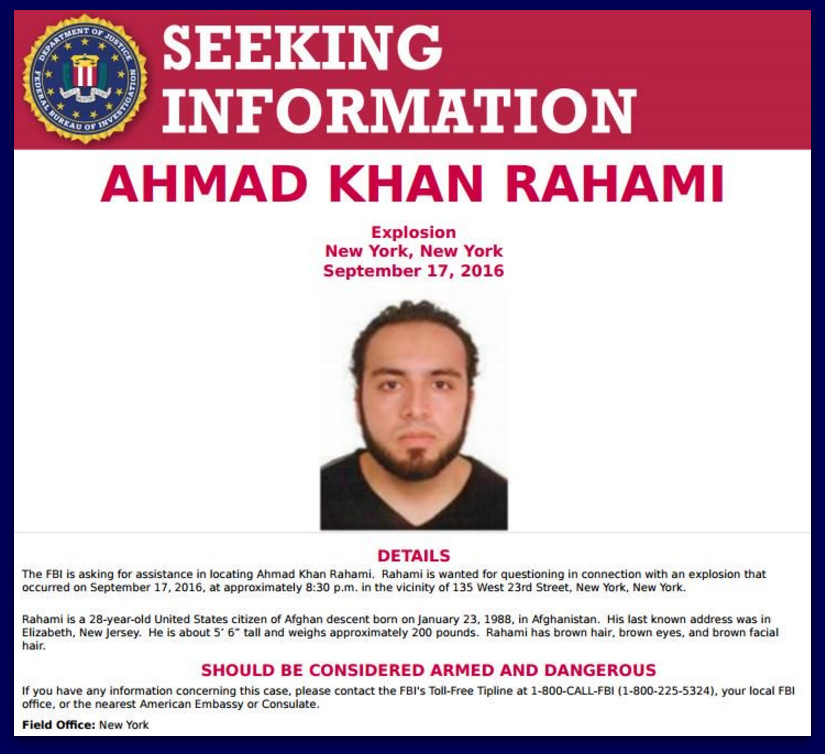