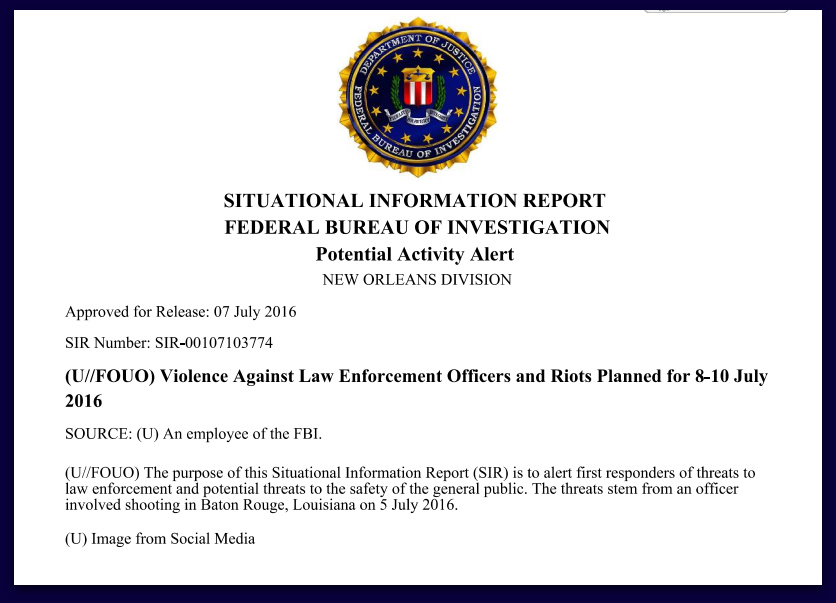 I hope they get kicked into the swamp, then eaten by the gators…

The FBI issued alert to Louisiana law enforcement agencies warning of violence against officers and planned riots in the aftermath of this week’s high-profile fatal shooting of a black man by Baton Rouge Police. Judicial Watch obtained a copy of the situational information report, which was distributed to police and sheriff departments in Bossier, Caddo Parish and east Baton Rouge as well as Louisiana State Police.

Titled “Violence Against Law Enforcement Officers and Riots Planned for 8-10 July 2016,” the alert warns that “multiple groups are calling for or planning riots and/or violence against law enforcement in Baton Rouge and Shreveport, Louisiana beginning Friday July 8 2016 and continuing through at least July 10, 2016. The document is labeled “FOUO” (For Official Use Only), a term the government uses to mark sensitive information that’s not classified. It was issued by the New Orleans division of the FBI. The agency did not respond to multiple calls from Judicial Watch for comment.

A spokesman for the Louisiana State Police Department, Lieutenant JB Slaton, referred Judicial Watch to the FBI and would not confirm or deny that his agency received it even though it appears on the list of recipients. “That’s an FBI bulletin, they would need to address it,” Slaton told Judicial Watch after being provided with a copy of the FBI alert. When asked if his agency got the FBI alert Slaton continued to be evasive, responding that “it’s an FBI bulletin.”

The alert is dated July 7 and includes disturbing images from social media, including one depicting a restrained uniformed police officer getting his throat slashed by a masked individual. Other social media images call for purging and killing all cops in Baton Rouge on July 9 and starting a riot by the courthouse in Shreveport that will tear shi_ _ down without killing our own black people.” Calling for unity in the violent protests, one social media post says “it don’t matter what color you are.” Another says “must kill every police!!!!” 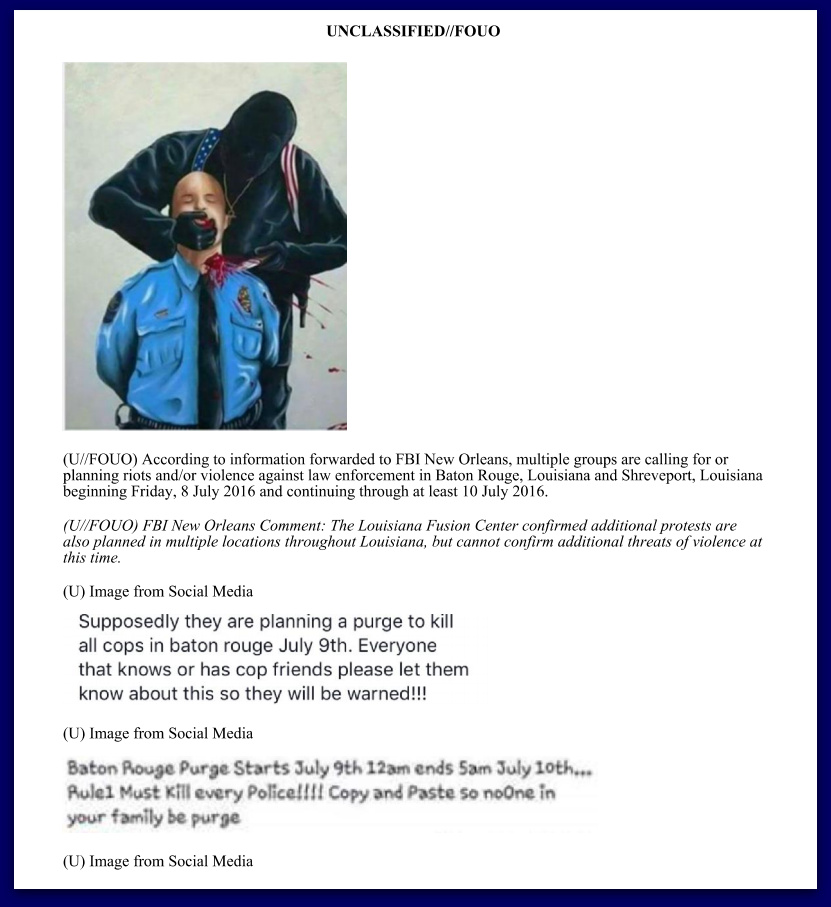