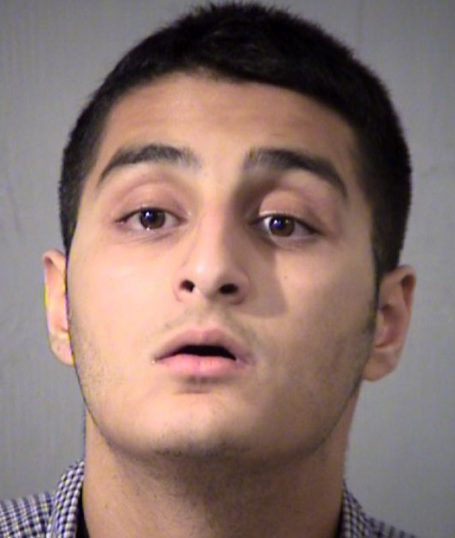 You mean the FBI didn’t invite him for an interview? Now will this be classified as a gun control issue, workplace violence, an unemployed right-wing veteran returning from war or a hate crime?

The Federal Bureau of Investigation and the Arizona Attorney General’s Office have arrested an 18-year-old Tucson man they say conspired to carry out acts of terrorism against government buildings in Maricopa and Pima counties.

Mahin Khan was arrested in Tucson following an investigation by the FBI’s Joint Terrorism Task Force, according to the FBI. He was booked into Maricopa County jail on suspicion of conspiring to commit terrorism.

“The  Arizona Attorney General’s Office is working closely with federal authorities to keep Arizonans safe. We are not aware of any threats Khan made that involve the Fourth of July holiday weekend,” Garcia said.

Garcia said there are no additional suspects and no current threat to the public involving Khan’s plans.

Khan has had his initial court appearance but court records have been sealed and no additional details were immediately available.

A man who said he was Khan’s father, contacted at his home in Tucson, declined to comment.