Former FBI Assistant Director James Kallstrom on the Peter Strzok anti-Trump texts: “He belongs in Leavenworth. He belongs behind bars. These things cannot happen in a democracy.”

He joined Fox Business News Thursday, calling for disgraced FBI agent Peter Strzok to be jailed over his ‘anti-Trump,’ texts.

On the subject of Strzok’s text messages, Fox Business News host Liz MacDonald asked Kallstrom, “What can an FBI official, an FBI agent do to stop a president from getting elected?” 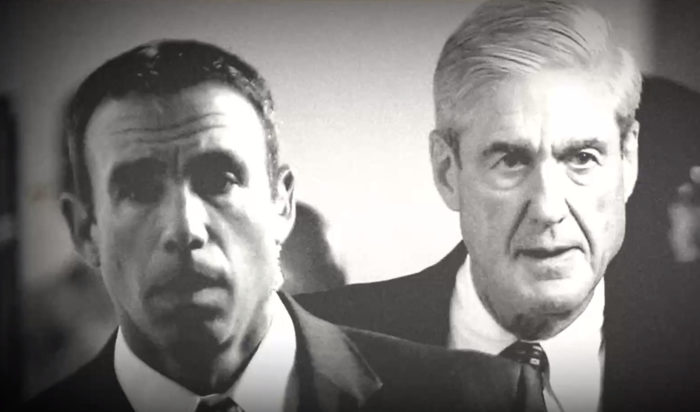 Former FBI Assistant Director James Kallstrom on the Peter Strzok anti-Trump texts: “He belongs in Leavenworth. He belongs behind bars. These things cannot happen in a democracy.” @FoxBusiness @LizMacDonaldFOX pic.twitter.com/tMkX7wBoA9

Kallstrom replied, “Well, I think he can do what [Strzok] tried to do.”

“He can fabricate things, he can make up stuff, he can lie, he can be a total moron.”

“He can recruit others — you know, he belongs in Leavenworth this guy, in my personal view.”

“I don’t have all the facts, but from what I know, he belongs behind bars this guy,” added the former FBI official.

“These things cannot happen in a democracy,” concluded Kallstrom.

This week, Fox News published a portion of the approximately 10,000 texts messages sent between FBI agent Peter Strzok and lawyer Lisa Page. Among the messages is an exchange revealing Strzok and Page discussed an ‘insurance policy,’ against a Trump presidency.

The kicker? Deputy FBI Director Andrew McCabe may have not only been privy to the conversation, but a part of it.

The discussion took place in his office.

On Wednesday morning, Fox News reporter Bret Baier tweeted the following: “Text-from Peter Strzok to Lisa Page (Andy is Andrew McCabe): “I want to believe the path u threw out 4 consideration in Andy’s office-that there’s no way he gets elected-but I’m afraid we can’t take that risk.It’s like an insurance policy in unlikely event u die be4 you’re 40.”

“LP – Jesus. You should read this. And Trump should go f himself. Moment in Convention Glare Shakes Up Khans American Life https://t.co/1nZ11E3gBC

PS – God that’s a great article. Thanks for sharing. And F TRUMP.”

Strzok was removed from Mueller’s witch hunt after it was discovered he was sending anti-Trump text messages to his mistress FBI lawyer Lisa Page. Read more at TGP.

Obama and his merry band of Chicago thugs deserve prison. But, will the GOPe even push for it?

Dem Congresswoman: Rumors On The Hill Are Swirling That Trump Will FIRE Mueller Next Week

WHOA! NBC Made Payment to Staffer After Chris Matthews Accused of Sexual Harassment