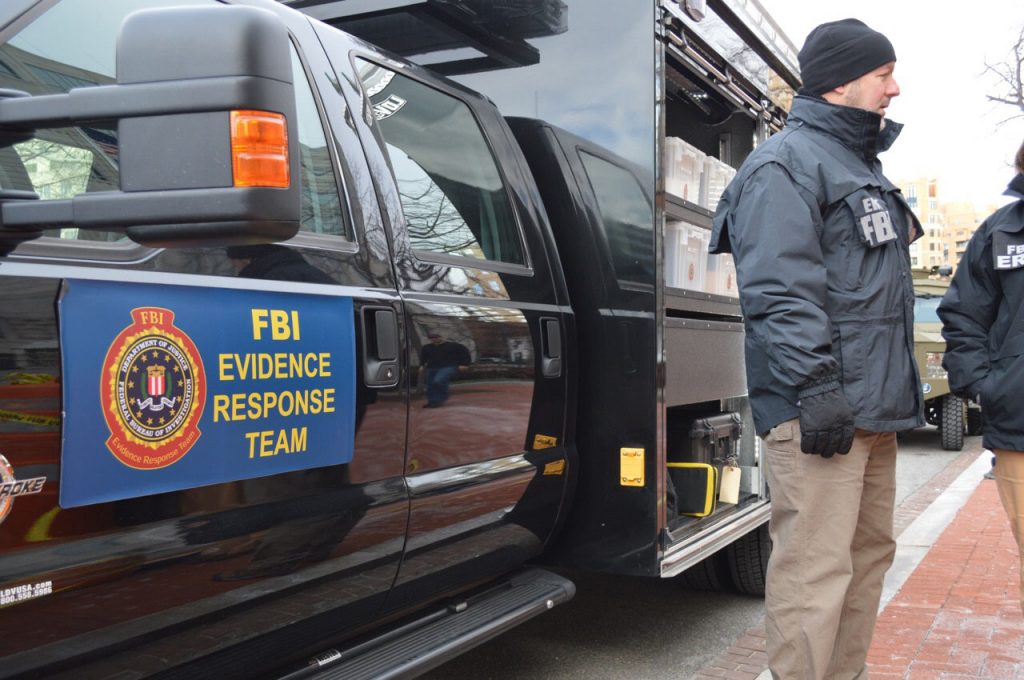 The FBI and Secret Service are going to have their work cut out for them on Trump’s inauguration day.

On a bone-chilling Monday morning, agents and technical specialists from the Washington Field Office of the Federal Bureau of Investigation huddled and shifted from foot to foot.

They were trying to stay warm in near zero-degree weather as they prepared to demonstrate to the media a half-dozen reasons anyone or any organization planning to attack the 2017 inaugural should think twice.

Rhetoric from hostile nation-states, active threats on social media and angry protesters are just part of what authorities are preparing for.

The objective of the presentation, according to Dave Sundberg, special agent in charge of the field office, was to illustrate to the media they are ready for whatever comes their way on Jan. 20th and “to show informally what each of these teams does both every day and in support of the national special security event.”

Just a few blocks from the U.S. Capitol, the leadership and agents of the field office are well aware of the severity of the threats facing Washington and the gravity of their response.
There have been 58 inaugurations for 44 Presidents since 1789. After 1998, all have been designated as a “national special security event.” They are events that are deemed to be a potential target for terrorism or other criminal activity and, by procedure, mean the U.S. Secret Service is put in charge of event security.

Brian Ebert, special agent in charge of the Secret Service Washington field office told WTOP the agency uses a 360-degree “protective methodology.” He added, “We’re paying attention to the physical, the cyber, the aerial.”Ebert said the Secret Service will use a “robust security perimeter to defend against a number of threats. This will be a multilayered, buffer zone surrounding protected venues as well motorcade routes and of course the parade route.”

That perimeter will also include National Guardsmen and police officers, he said. More