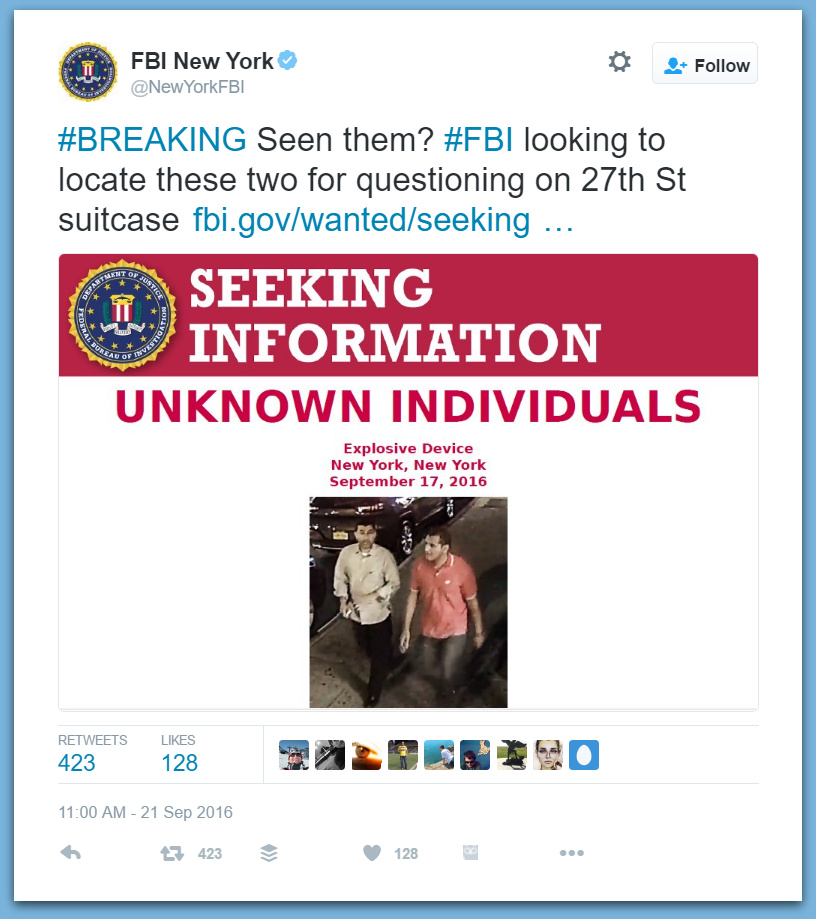 You are looking at the faces of 100,000+ Syrian refugees, whose only dream is to kill as many Americans as possible! They must be a couple of lone wolves. Anyone still believe the “lone wolf” meme? It’s as if there is a whole pack of lone wolves or maybe just a couple of “skittles.”

The FBI released a picture of two men who were videotaped unpacking a pressure cooker bomb from a suitcase in Chelsea on Saturday night, and is asking the public for help finding them. More

The FBI has released an image of two men who took a suitcase holding a bomb that didn’t explode in New York City.

Federal prosecutors have charged Ahmad Khan Rahami with setting a bomb in New Jersey and two in New York City. One of the bombs left in Manhattan didn’t explode.

The FBI issued a poster Wednesday showing “two unidentified individuals” who investigators want to talk to. The agency says the men were seen Saturday night removing the bomb from a piece of luggage, then leaving the device behind while taking the suitcase.

Investigators have said the two men are being sought as witnesses, not suspects.

The FBI released an image of the two men that it says was captured on closed circuit television recordings between 8 p.m. and 9 p.m. on West 27th Street between 6th and 7th Avenues.