One of the few protests where the stand-down order was never given.

It amazes me how many people don’t realize just how close this came to being ground zero for the Second American Revolution. Only the presence of so many Internet-connected cameras stopped them from turning the situation into another Ruby Ridge or Waco.

An investigation into the Bureau of Land Management’s (BLM) handling of the 2014 Nevada standoff with rancher Cliven Bundy revealed “incredible bias,” widespread misconduct and likely illegal actions by the BLM. 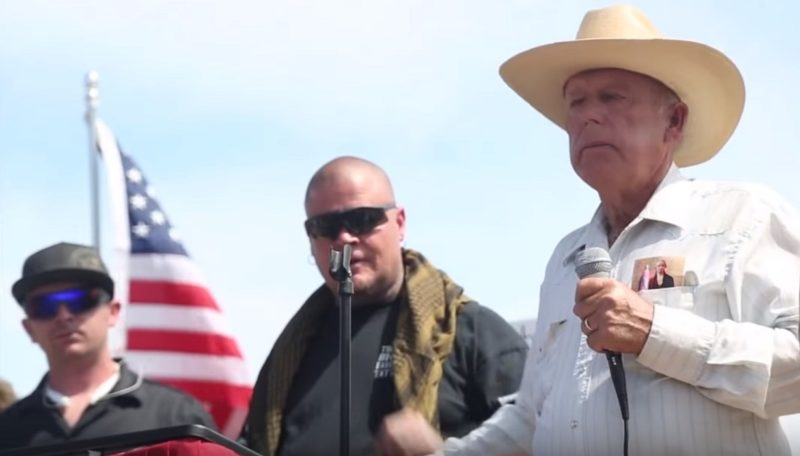 Prosecutors shared the report with the Bundys’ defense attorneys, prompting a petition to Judge Gloria Navarro for a mistrial, or for the case to be dismissed altogether, The Oregonian reports. Navarro’s judgment is expected to come down Wednesday.

“It’s time for our men to go home and start making a living for their families,” Carol Bundy, Cliven Bundy’s wife, told The Daily Caller News Foundation. “We’re two years behind. We’ve got a lot of catching up to do.”

The investigation’s report, made by BLM Special Agent Larry Wooten and addressed to the Department of Justice, was publicized last week after Washington state Rep. Matt Shea posted it on his Facebook page, according to The Wall Street Journal.

Wooten’s 18-page report discussed some of what he witnessed during his three-year investigation, such as a BLM agent’s “kill list” featuring people who had committed suicide while under investigation by the agency, BLM agents and officials referring to the Bundys as “retards” and “douche bags,” agents bragging about “grinding” a Bundy family member’s face into gravel, and lead prosecutor and Nevada’s acting U.S. Attorney Steve Myhre’s “preferred ignorance” of investigation details that would benefit the Bundys’ defense case.

Former Special Agent Dan Love, who was in charge of impounding Cliven Bundy’s cattle in 2014, conducted “the most intrusive, oppressive, large-scale and militaristic trespass cattle impound possible” against Bundy’s ranch against the direction of the U.S. attorney’s office, according to Wooten. The Bundys’ defense strategy accuses the BLM of using overly-aggressive and threatening tactics. Read more at TDC.