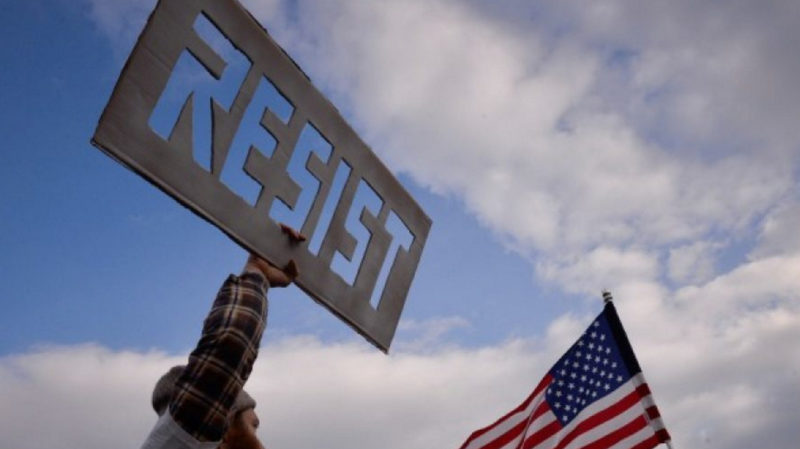 Obama spent 8 years weeding out anyone in government including the military by whatever means available, who disagreed with him ideologically. It’s no surprise that most of them are eager to protest anything Trump does. They are just being the good little sheep that Obama put in place.

Insubordination is grounds for immediate dismissal. These employees need to be fired asap!

Federal employees are working closely with former Obama administration officials to thwart future President Donald Trump’s policies and initiatives, according to a report published by The Washington Post.

Federal workers regularly consult with Obama-era political appointees about ways they can push back and potentially stymie Trump’s initiatives, according to the report.

Dozens of federal workers attended a support group last weekend for civil servants seeking a place to hash out their issues with the Trump administration. Nearly 200 or more federal employees, many of whom worked for the Obama administration, have signed up for workshops meant to train people in ways to safely engage in civil disobedience.

“I’m afraid at this point that many federal employees are just fearful for their jobs, and they want to keep their heads down.”

Yates was replaced by Dana Boente, U.S. Attorney for the Eastern District of Virginia, to serve as acting attorney general in the interim.

Tom Malinow­ski — who was President Barack Obama’s assistant secretary of state for democracy, human rights and labor — implied that federal employees are dissenting beyond previous parties.

“Is it unusual? … There’s nothing unusual about the entire national security bureaucracy of the United States feeling like their commander in chief is a threat to U.S. national security. That happens all the time. It’s totally usual. Nothing to worry about,” Malinow­ski told reporters.

Another employee at the Department of Justice told reporters he and his colleagues are planning to slow their work and to file complaints with the inspector general’s office if they are asked to shift grants away from their mission. More