There’s a simple solution for the Seattle police. Get the heck out of dodge. It takes only a few seconds or less for a situation to become lethal. The 9th has once again proven that the stupid is heavy within their ranks. With rules of engagement like this, let the city find gun control enthusiasts to become policemen to serve and protect them.

The 9th Circus ruled police can only use force “proportional” to the threat which they face. Does that mean police can now throw stones, bricks, and urine bombs of their own at protesters? 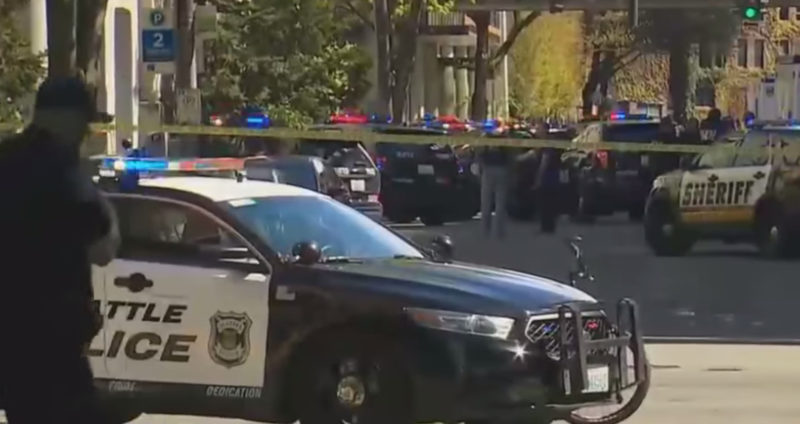 Daily Caller: A federal appeals court in Seattle ruled Tuesday that police can only use force “proportional” to the threat they face, seriously damaging the Seattle Police Department’s ability to use firearms.

The ruling from the Ninth Circuit Court of Appeals upheld the use of force reforms put in place by federal mandates earlier this year that required police to use only “objectively reasonable force, proportional to the threat or urgency of the situation,” the Associated Press reports. The unanimous ruling strikes down a lawsuit filed by a group of more than 120 Seattle officers in May who claimed that the strict reforms infringe on an officer’s right to self-defense and the Second Amendment.

“The City of Seattle has a significant interest in regulating the use of department-issued firearms by its police officers,” Judge William Hayes wrote, adding that the policy “did not impose a substantial burden on plaintiffs’ right to use a firearm.” More

College Student On Antifa: 'Beating Up Fascists Is Good' (Video)