This is insane! Time to put an end to anchor babies once and for all. If at least one parent is not a legal citizen then the baby should not be, either.

The ‘birth tourism’ industry is HUGE with the ringleaders pocketing up to $80,000 per pregnant mom. Women from all over the world come to America to deliver an “anchor baby” that receives American citizenship. The women are only charged with committing visa fraud if caught. This needs to end. The anchor baby policy has become a global magnet for expectant moms who want a ticket to become an American citizen. Enough! –100%FedUp. 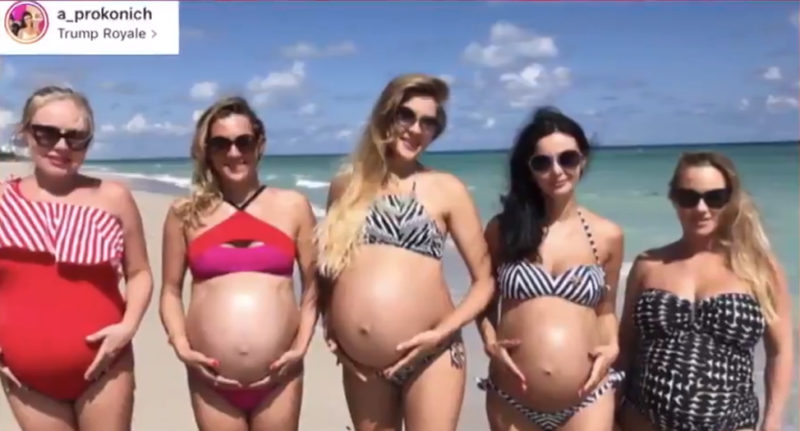 The plush complexes double as “maternity hotels” for pregnant Chinese women who come to the US to give birth to their anchor babies.

Chinese listing sites show several hundred maternity hotels in Southern California. It’s not clear how many of the listings are active.

NBC News was on the scene as Homeland Security agents swept into The Carlyle, a luxury property in Irvine, California, which housed pregnant women and new moms who allegedly forked over $40,000 to $80,000 to give birth in the United States.

“I am doing this for the education of the next generation,” one of the women told NBC News.

None of the women were arrested; they are being treated as material witnesses, and paramedics were on hand in case any of them went into labor during the sweep.

Instead, the investigation was aimed at ringleaders who pocketed hundreds of thousands of dollars tax-free to help Chinese nationals obtain visas and then pamper them until they delivered in an American hospital at a discount, court papers show.

“It’s not necessarily illegal to come here to have the baby, but if you lie about your reasons for coming here, that’s visa fraud,” said Claude Arnold, special agent in charge of Homeland Security Investigations for Los Angeles…

…All told, the feds raided 20 locations in Los Angeles, Orange and San Bernardino counties, targeting three competing birth tourism schemes, officials said. The suspected operators have not been charged but are being questioned.

Image from a website that federal authorities say was used to recruit Chinese women to come to the U.S. to have their babies. youyunmeiguo

Harvey Weinstein Slapped In The Face, Cursed At & Kicked Out Of Restaurant (Video)