“I’m a feminist (and a hypocrite). I study rape culture & I don’t want Al Franken to resign.

Naturally… So according to this feminazi, she’s willing to be sexually objectified in order to turn America into a Marxist cesspool. Well, how progressive of her!

So, because he will vote to allow women to dismember their babies by abortion but may assault them at a later date, so it’s a complete wash? The utter hypocrisy of the left is totally mindblowing. 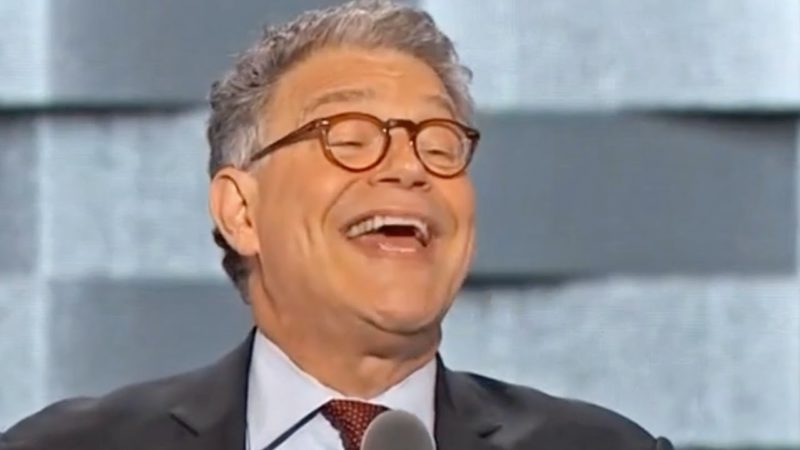 Feminist writer Kate Harding wrote in the Washington Post that she doesn’t think Sen. Al Franken should resign over sexual assault allegations because he is a Democrat.

Harding, the author of “Nasty Women: Feminism, Resistance, and Revolution in Trump’s America” admitted that having Democratic abusers resign would be harmful to her own political goals, and thus those sexual assaulters and harassers should be forgiven. Franken is accused of forcibly kissing a woman and there is a photo of him groping her while she is sleeping.

She argues that there are probably other Democrats who have committed sexual misconduct, so “if we set this precedent in the interest of demonstrating our party’s solidarity with harassed and abused women, we’re only going to drain the swamp of people who, however flawed, still regularly vote to protect women’s rights and freedoms.” Read more at TDC.

Al Franken is just following Bill’s example of being a sexual predator who refuses to take any responsibility for his actions. She only supports him because he’s a liberal democrat. If he was Republican, she’d be calling for his head on a platter and we all know it.