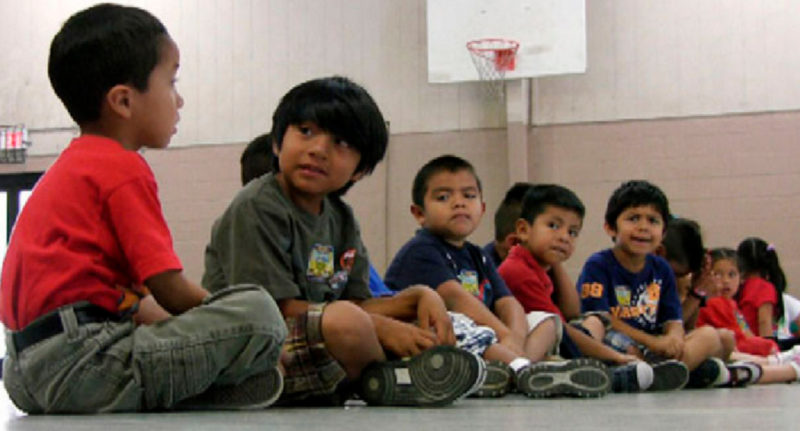 That’s 100-million stolen from actual American children that are citizens. And this is just for starters. Do you believe that ICE is only spending an average of $665 per child?

This is massive fraud against the American taxpayer. The federal agency that was tasked with deporting illegal aliens, instead used their allotted funds in a shell game to move those illegal aliens around the country in a scheme to avoid deporting them.

The federal agency that handles deportations spent more than $100 million of its money over the last few years to ferry illegal immigrant children around the U.S., according to calculations by a watchdog group that says the cash could have been better spent on enforcement.

Government figures obtained by the Immigration Reform Law Institute through an open records request show Immigration and Customs Enforcement spent an average of $665 per juvenile in 2014, with most of that going to the cost of airplane flights to shuttle the children among government agencies, to relatives here in the U.S. or back to their home countries — if they’re deported.

At that rate, ICE will spend about $4.5 million flying just the children nabbed at the border in October, and somewhere north of $100 million since the surge began in earnest in 2014.

He blamed President Obama’s 2012 deportation amnesty for young adult illegal immigrants, the so-called Dreamers, for the surge, saying it enticed tens of thousands of new migrants, particularly juveniles, to take a risk on making the trip.

Instead of being sent back, they are shuttled among various federal agencies until they are eventually delivered to their parents, other relatives or sponsor families — where they often disappear into the shadows.

According to statistics from the Senate Homeland Security Committee, only 3 percent of the more than 120,000 caught over the last few years have been sent home as of June.

That, according to the new Border Patrol chief, serves as an incentive for more to make the journey.

Top political leaders in the Obama administration, however, point the finger elsewhere. They say the blame lies less with U.S. policy and more with conditions in Central America, including poverty and smuggling-cartel violence that have made some areas unlivable.

Whatever the reason, American taxpayers are taking a hit.

ICE officials couldn’t provide updated cost data for ferrying children inside the U.S., but said the overall cost to deport any illegal immigrant in 2015 averaged $12,213. That includes identifying, catching, holding, processing through the courts and then shipping the person back home. Just the removal part alone averaged $1,962, ICE said. More

Former Pfizer scientist warns that governments and pharmaceutical companies will continue to deceive and enslave people before killing them off
April 10th, 2021 DC Dirty Laundry
SHARE