Since liberal politicians are determined to import terrorists even if they want to kills us, the lesson is very simple boys and girls: Familiarize yourself with your rifle and stock up on more ammo.

WZ: Herr Schäuble is seriously deluded. He says this on the very day that Muslim fanatics slaughtered 26 Christians in Egypt, on the first day of Ramadan. 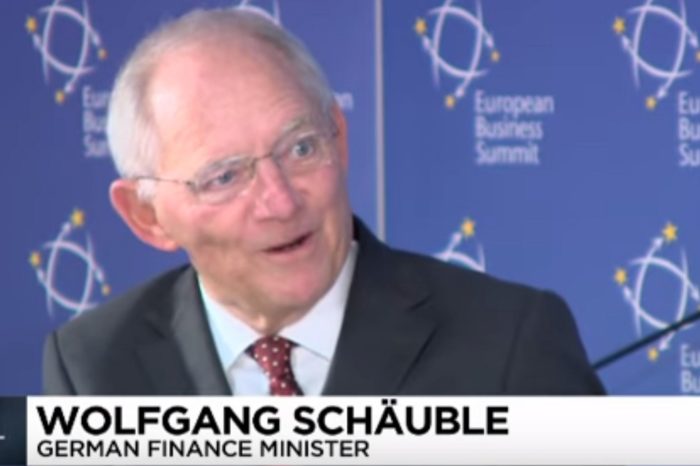 Breitbart: The growing number of Muslims in Germany represents not a threat but a learning opportunity, said Finance Minister Wolfgang Schäuble, discussing Islam in the wake of the Manchester attack.

“It is fanaticism, not only in Islam, that leads to terrible crimes,” he said, speaking on German public radio station Deutschlandfunk Wednesday evening, when asked about the Islamist attack in which 22 mostly young people, including an eight-year-old girl, lost their lives.

“It is certainly a misunderstanding of religion when belief slips into fanaticism or, at worst, violence.

“The world’s great religions all preach the message that one must look upon others as their sisters and brothers and that one must live with the other because man cannot live alone,” Schäuble told presenter Christiane Florin.

“‘Islam is part of Germany’ is a sober, factual statement,” the minister remarked, commenting on sentiments voiced by Chancellor Angela Merkel on more than one occasion – which are not shared by the majority of Germans.

“Anyone who denies this denies reality and is therefore not suited to being a politician because politics begins with the confrontation of reality,” he added.

The country’s rapidly growing Muslim demographic presents an “opportunity” for “Christians, and all who live in Germany”, Schäuble stated, adding: “We can learn from them.

“Many human values are very strongly realized in Islam. Think of hospitality, and other things like, what is there… And also tolerance, I believe, for example.” More

Insane! Democrats Attacks Republican After He Calls ICE on Illegals (Caught On Video)