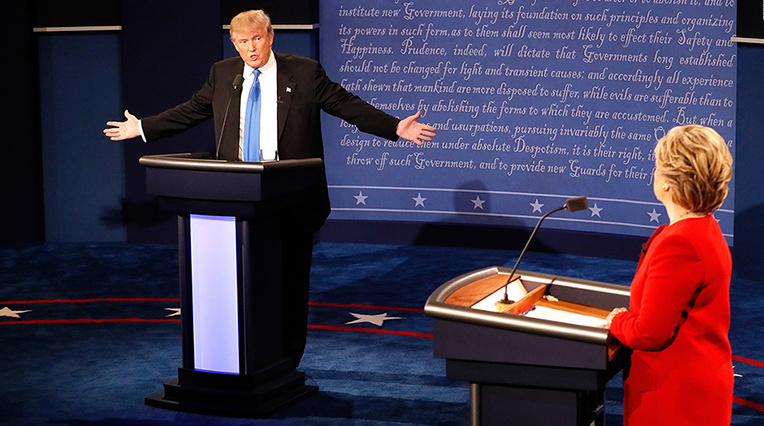 Wonder how many actors were paid to be in the debate audience by the Clinton Cartel or by their media tonight?

Oh, this should go well. They were already setting up the questions with the town hall participants, none of which seem to question or hit Hillary.

The first set of questions at Sunday night’s presidential debate will be about Donald Trump’s vulgar comments on a newly published 2005 videotape, and the fallout from it.

And Hillary Clinton will get the first question.

Moderators Anderson Cooper of CNN and Martha Raddatz of ABC have adjusted their plan for the debate in light of the Trump tape, sources told CNNMoney.

While everything is subject to change until air time, an ABC source said — perhaps confirming the obvious — that Trump and Clinton will both be prompted to address the matter. More

Trump To Hillary: You’d Be In Jail If I Were President