Suck it up, BLM & SJW’s. Thousands of men gave their lives and limbs for that flag, who did not own slaves, they were fighting for their state rights.

Just goes to show you how a little town in nowhere can be a better place to live than a big city like New Orleans.

Ocala Com: A third flag will join the U.S. and Florida ones on Wednesday at Belleview’s City Hall to honor Confederate History Day. 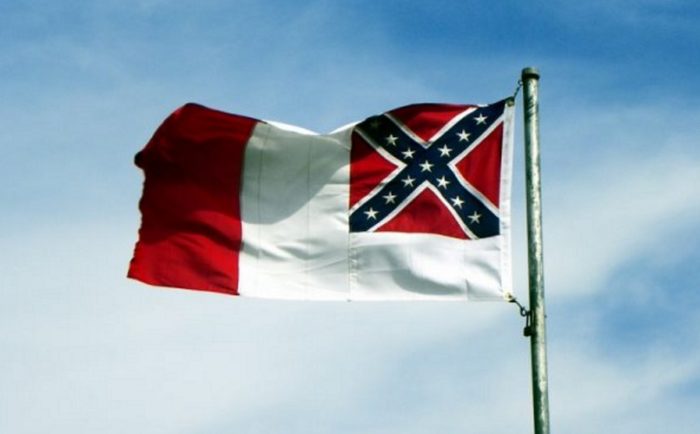 The third national Confederate flag, also known as the “blood-stained banner,” will be raised to half-staff around 7:30 a.m. to honor Confederate veterans. The local Sons of Confederate Veterans unit has performed this tribute ceremony for more than 10 years.

“(Confederate veterans) were veterans just as American veterans are,” he said.

April is recognized by the state of Florida as Confederate History Month. A Belleview city proclamation passed April 4, which will be read at the flag raising ceremony, states that Florida supplied the greatest percentage of its population as soldiers compared to all other Confederate states. Further, one-third of the Floridian soldiers did not return from war.

Being the least populous state, Florida provided 15,000 soldiers to fight in the war, 5,000 of which were killed, according to a website called “Exploring Florida,” curated by the Florida Center for Instructional Technology at the University of South Florida.

Florida also became the breadbasket of the Confederacy. Farmers sent beef, pork, fish, fruit and salt to keep the meat from spoiling to Confederate soldiers throughout the war, according to the website.

“We’re just a historical preservation group,” he said. “We try to preserve the history too, not just raising the flag. Today they just want to erase all this history.”

Belleview’s decision to fly the flag seems to be unaffected by the recent controversy over flying the Confederate flag in Marion County. More