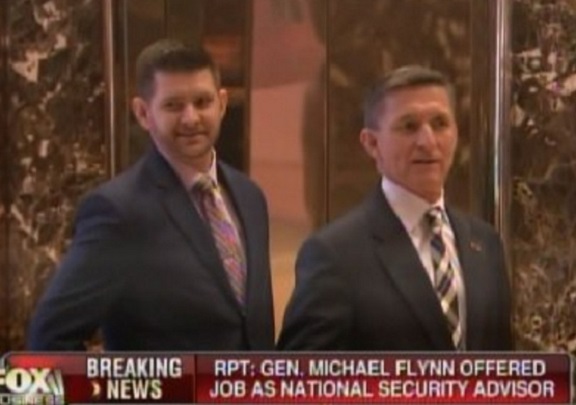 The smear campaign continues on, but at long last, it’s finally resting at the feet of the person responsible.

These claims from liberals are only meant to detract from all the corruption from the previous regime. At this point, Hillary and Obama have been quite the treasonous pair. I hope they will suffer the consequences.

The fake news media is reporting that General Michael Flynn was working for Russian firms, giving speeches while making thousands of dollars from foreign governments.

The truth is the General Flynn was contracted out by a firm to speak about cyber security as a private citizen.

Interestingly, all roads lead to Hillary Clinton having violated the Emoluments Clause of the Constitution.

One CNN article claims General Flynn was paid thousands of dollars to give a speech in Moscow in 2015:

Here are the facts:

FACT 1: General Flynn was HIRED and contracted through LAI to speak at the Government Cyber Security Forum October 2015

FACT 2: General Flynn was PAID by their SPEAKERS BUREAU as a PRIVATE CITIZEN.

Due to being a recently retired foremost expert on cyber security in the US.  What other forum would’ve been better for him to accept?

General Flynn has been very honest and vocal about Cyber Security going all the way back to August of 2016. In fact read his interview with the Washington Post here.

According to the description above, it looks like Senator Cummings should be looking into the one person who has years of taking millions of dollars from multiple foreign Governments. ….while in office…HILLARY CLINTON