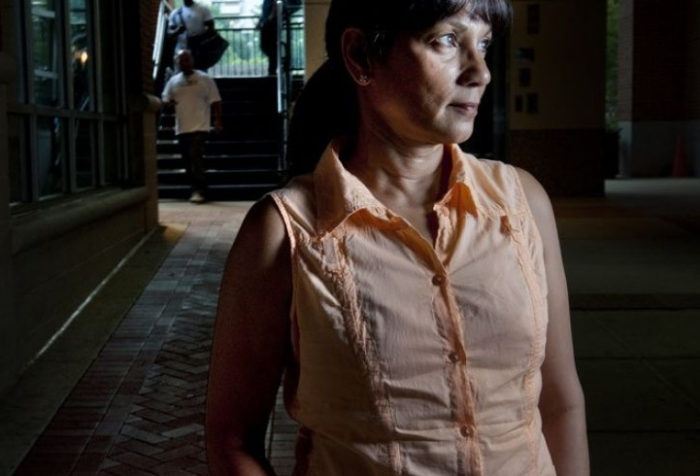 Hillary overtly let four men die in Benghazi, letting this woman go to prison would mean absolutely nothing to her.

Fox News: A former CIA officer and diplomat who has repeatedly denied playing a role in one of the most notorious U.S. counterterrorism programs is set to become the only American held accountable for it — and claims the Obama administration has abandoned her.

Sabrina De Sousa, who is stuck in Portugal and awaiting extradition to Italy over her alleged role in the rendition of a terror suspect years ago, claims the State Department has ignored repeated requests to intervene on her behalf. She and her lawyers are particularly critical of Hillary Clinton, who still has not commented on the case.

Mark S. Zaid, an attorney who previously worked with De Sousa, told FoxNews.com his firm made “multiple efforts” to reach out to the State Department — specifically then-Secretary of State Clinton — and that “every time we were completely rebuffed with silence.”

He said one of his letters was even “deceptively” classified “to limit my ability to create a public furor over how Sabrina had been and continues to be mistreated.”

De Sousa, a naturalized American from India, was arrested in Portugal last October and earlier this month lost her latest court bid to halt her extradition to Italy. She faces four years in prison there over her alleged role in the rendition of a suspected terrorist 13 years ago.

De Sousa has launched numerous unsuccessful bids over the years to clear her name, but has received little known help from the government she served for more than a decade.

If she’s sent to prison, she would become the first CIA officer and U.S. diplomat imprisoned over the controversial rendition program. More

Orlando Terrorist Attack Prompts Some To Come Out... For Trump

Judge Jeanine Urges Americans to Protect Themselves: 'Get A Gun'