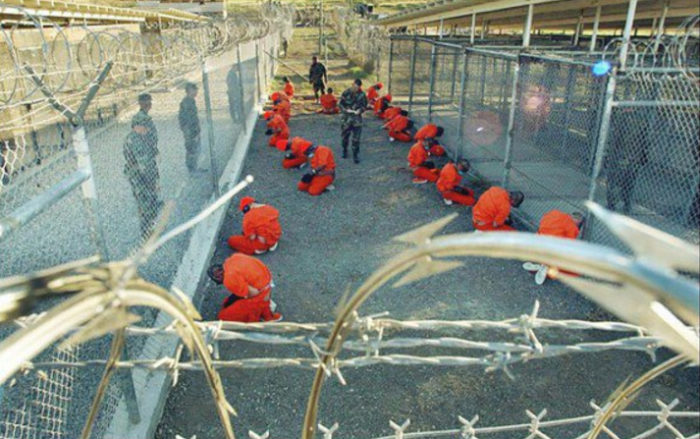 Will the liberal media hold Obama responsible when this terrorist does kill Americans? Funny how liberals are wanting to save “just one child” with common sense gun control, but give no thought to saving hundreds, perhaps thousands of American citizens by keeping these ravenous animals in Gitmo.

Obama told Yahoo in December that “only a handful” of Gitmo detainees has returned to a life of terrorism. The actual number is closer to 196… So he was only off by 191.

As the Obama administration released 15 more high value Al Qaeda detainees from Guantanamo (GITMO), former detainee Ibrahim Ahmed Mahmoud Al Qosi — who was released in 2012 as part of a plea deal after pleading guilty to conspiracy and supporting terrorism and joined and immediately hooked up with Al Qaeda in the Arabian Peninsula (AQAP) in December 2014 – this week vowed attacks in the US by English-speaking jihadis with Western names not on CIA or FBI terrorist lists.

“[Attacks] will continue but will be [in]a creative and new way by men of your own [who]carry your names, speak your language, and did not receive training in Afghanistan, and whose names are not on the CIA and FBI black list – men who might have in the past drunk alcohol, eaten pork, or been soldiers in your army,” Al Qosi, a member of AQAP’s Shura council, vowed in an article published by Al Marsa, a weekly newspaper affiliated with AQAP.

He also “urged the mujahideen in Syria to unite and form a new army whose mission would be to liberate Al Aqsa mosque in Jerusalem,” according to the Middle East Media Research Institute (MEMRI).

Homeland Security Today previously reported that Al Qaeda and its affiliated groups like AQAP were actively recruiting radicalized Westerners unknown to counterterrorism authorities who are able to travel freely throughout the West.