Au revoir, France. Soon Sharia law will take over. Your days as a refined, cultured, beautiful, advanced nation are over.

Emmanuel Macron is not a supporter of terrorism. It is far worse than that because he does not even see the threat that’s right in front of him.

100%FedUp: “There is no such thing as French culture. There is culture in France, and it is diverse.”—Emmanuel Macron, new globalist president of France 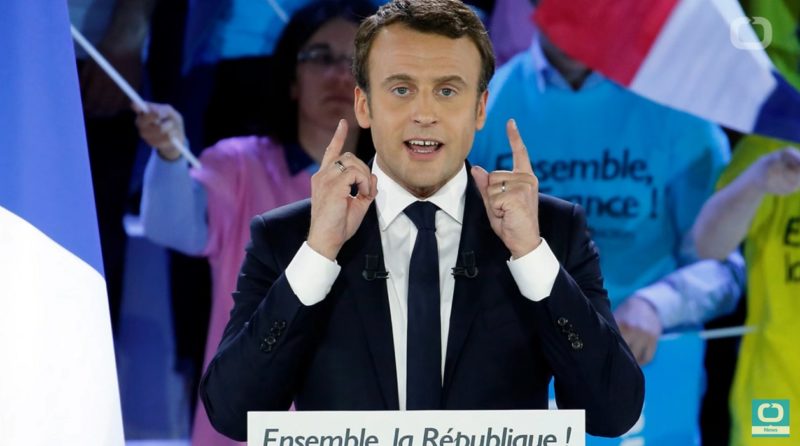 “We’re just going to have to get used to living with terrorism.”— another quote from Emmanuel Macron, President-elect of France

France’s new ultra-liberal president-elect Emmanuel Macron doesn’t see the mass migration of mostly Muslim men coming into Europe as their Hijra or Jihad by immigration but instead, he sees it as a necessary migration because of, wait for it…”global climate change”…

Express UK-Mr Macron, a former investment banker, who is Marine Le Pen’s rival in the race to become president, made his views known during a climate change debate.

He told the crowd: “We have entered a world of great migrations and we will have more and more of it.”

“In the coming decades we will have migrations from geopolitical conflicts that will continue to play, and we will have climate migrations because the planet is in a state of deep imbalance,” he said.

Mr Macron told the audience at the event for the Science and Future magazine that he thought that France’s failure to tackle climate change had also been a factor in the reasons for migration.

“France will not be able to stem it, and Europe will be affected immediately. We will see a migratory phenomenon far greater than what we have seen [with migrants from]Syria.”

Here’s the truth what mass Islamic migration is really about:

During the cold war with the Soviet Union, they were called “Useful Idiots”. These people were not members of the Communist Party, but they worked for, spoke in favor of and supported the ideas of Lenin and Stalin. In the 21st century, Communism is finally dead but Islamism has grown and is replacing it as a global threat.

Like Communism, Islamism — or Islamic totalitarianism — has been collecting its “Useful Infidels” the same way Communism collected its Useful Idiots. There is, however, an important difference: under the Soviet Union, Useful Idiots were intellectuals. Now, Useful Infidels are politicians, and one of them may be elected president of France today.

Emmanuel Macron, Useful Infidel, is not a supporter of terrorism or Islamism. It is worse: he does not even see the threat. In the wake of the gruesome attacks of November 13, 2015 in Paris, Macron said that French society must assume a “share of responsibility” in the “soil in which jihadism thrives.”

“Someone, on the pretext that he has a beard or a name we could believe is Muslim, is four times less likely to have a job than another who is non-Muslim,” he added. Coming from the direction of Syria and armed with a Kalashnikov and a belt of explosives would, according to him, be a gesture of spite from the long-term unemployed?

Macron comes close to accusing the French of being racists and “Islamophobes”. “We have a share of responsibility,” he warned, “because this totalitarianism feeds on the mistrust that we have allowed to settle in society…. and if tomorrow we do not take care, it will divide them even more “.

Consequently, Macron said, French society “must change and be more open.” More open to what? To Islam, of course.

On April 20, 2017, after an Islamist terrorist killed one police officer and wounded two others in Paris, Macron said: “I am not going to invent an anti-terrorist program in one night”. After two years of continuous terrorist attacks on French territory, the presidential candidate said he had not taken the country’s security problems into account?

Moreover, on April 6, during the presidential campaign, professor Barbara Lefebvre, who has authored books on Islamism, revealed to the audience of the France2 television program L’Emission Politique, the presence on Macron’s campaign team of Mohamed Saou. It was Saou, apparently, a departmental manager of Macron’s political movement, “En Marche” (“Forward”), who promoted on Twitter the classic Islamist statement: “I am not Charlie”.

Sensing a potential scandal, Macron dismissed Saou, but on April 14, invited onto Beur FM, a Muslim French radio station, Macron was caught saying on a “hot mic” (believing himself off the air): “He [Saou] did a couple things a little bit radical. But anyway, Mohamed is a good guy, a very good guy”.

Is Saou an isolated case? Of course not. On April 28, Mohamed Louizi, author of the book Why I Quit Muslim Brotherhood, released a detailed article on Facebook that accused Macron of being a “hostage of the Islamist vote”. Republished by Dreuz, a Christian anti-Islamist website, Louizi’s article gave names and dates, explaining how Macron’s political movement has largely been infiltrated by Muslim Brotherhood militants. It will be interesting to see how many of them will be candidates in Macron’s movement in the next parliamentary elections.

On April 24, the Union of Islamic Organisations of France (UOIF), generally known as the French representative of Muslim Brotherhood, publicly called on Muslims to “vote against the xenophobic, anti-Semitic and racist ideas of the National Front and [we]call to massively vote for Mr. Macron.”

Is Macron an open promoter of Islamism in France? It is more politically correct to say that he is a “globalist” and an “open promoter of multiculturalism”. As such, he apparently does not consider Islamism a national threat because, for him, the French nation, or, as he has said, French culture, does not really exist. Macron has, in fact, denied that France is a country with a specific culture, a specific history, and a specific literature or art. On February 22, visiting the French expatriates in London, Macron said: “French culture does not exist, there is a culture in France and it is diverse”. In other words, on French territory, French culture and French traditions have no prominence or importance over imported migrant cultures. The same day, in London, he repeated the offense: “French art? I never met it!”

Conversely, in an interview with the anti-Islamist magazine, Causer, he said: “France never was and never will be a multiculturalist country”. –Gatestone Institute.