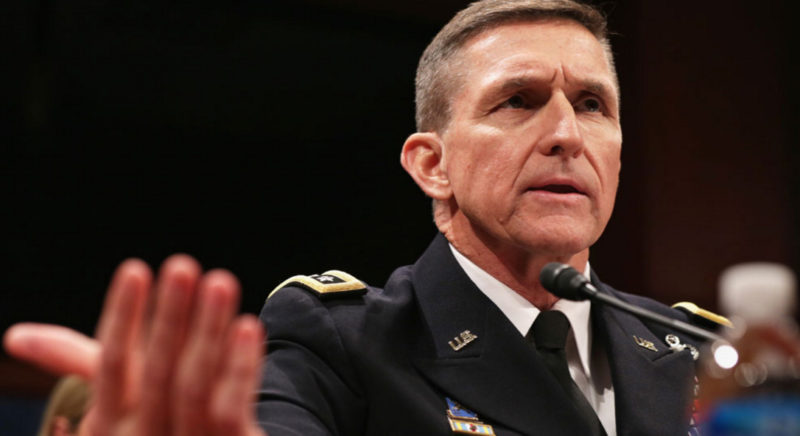 What sort of a world do we live in when the outgoing regime set traps for and spies on the incoming administration thereby risking our national security?

The talk within the tight-knit community of retired intelligence officers was that Flynn’s sacking was a result of intelligence insiders at the CIA, NSA and National Security Council using a sophisticated “disinformation campaign” to create a crisis atmosphere. The former intel officers say the tactics hurled against Flynn over the last few months were the type of high profile hard-ball accusations previously reserved for top figures in enemy states, not for White House officials.

“This was a hit job,” charged retired Col. James Williamson, a 32-year Special Forces veteran who coordinated his operations with the intelligence community.

Noting the Obama administration first tried to silence Flynn in 2014 when the former president fired him as director of the Defense Intelligence Agency, Williamson called Monday’s resignation, “stage Two of ‘Kill Mike Flynn.”

Former intelligence officials who understand spy craft say Flynn’s resignation had everything to do with a “disinformation campaign” and little to do with the December phone conversation he had with the Russian Ambassador Sergey Kislyak.

They charge officials from America’s top spy counsels leaked classified government intercepts of Flynn and President Trump’s conversations with world leaders and had “cutouts” — friendly civilians not associated with the agency — to distribute them to reporters in a coordinated fashion.

The issue of leaks was a prime topic for Trump when he tweeted Wednesday, “Information is being illegally given to the failing @nytimes & @washingtonpost by the intelligence community (NSA and FBI?).Just like Russia.”

“I’ve never seen anything like this before,” Retired Col. James Waurishuk, who spent three decades in top military intelligence posts and served at the National Security Council, said in an interview with TheDCNF. “We’ve never seen to the extent that those in the intelligence community are using intelligence apparatus and tools to be used politically against an administration official,” he said.

“The knives are out,” said Frederick Rustman, who retired after 24 years from the CIA’s Clandestine Service and was a member of its elite Senior Intelligence Service. More