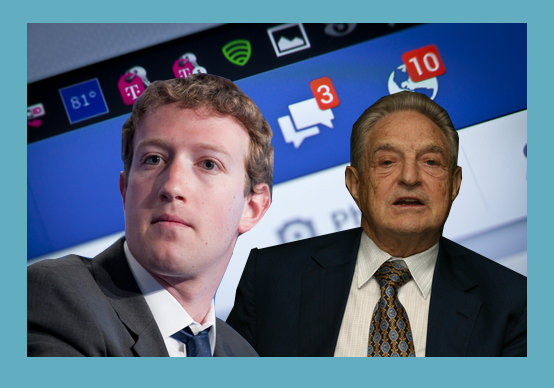 George Soros will fund just about anything that will combat any sort of conservative thinking or news. Facebook is turning into a liberal cesspool.

The far left wing group, Media Matters for America, has been working with Facebook quietly behind the scenes for some time now according to an explosive report released from the Washington Free Beacon.

The radical group is assisting Facebook with helping them identify what they deem to be “propaganda” and “fake news” in what many are calling a clamp down on free speech and a boxing out of conservative media on the social media giant.

From The Washington Free Beacon:

Media Matters told current and prospective donors at a retreat in Florida over the weekend that it has been in discussions with Facebook leadership about their policies on inaccurate and partisan news stories on the website that many liberals blame for political losses last year.

“We’ve been engaging with Facebook leadership behind the scenes to share our expertise and offer input on developing meaningful solutions,” the group said in a briefing book obtained by the Washington Free Beacon at the conference.

Media Matters will serve as their partner,” the group said of its work with Facebook and other social media companies.

Media Matters is a radical left wing group aimed at calling everyone that exposing the lies of Democrats “Fake News.”

George Soros announced that he has given $1 million to Media Matters “to hold Fox News accountable for the false and misleading information they so often broadcast.” Fox commentators frequently describe Media Matters, a frequent Fox critic, of being funded by Soros, but Media Matters has long denied that connection.

In today’s joint announcement, Soros denied it too – at least until today.

“Despite repeated assertions to the contrary by various Fox News commentators, I have not to date been a funder of Media Matters,” Soros said. “However, in view of recent evidence suggesting that the incendiary rhetoric of Fox News hosts may incite violence, I have now decided to support the organization. Media Matters is one of the few groups that attempts to hold Fox News accountable for the false and misleading information they so often broadcast. I am supporting Media Matters in an effort to more widely publicize the challenge Fox News poses to civil and informed discourse in our democracy.”

The Entire Senior Management Team At The State Department Just Got Fired?