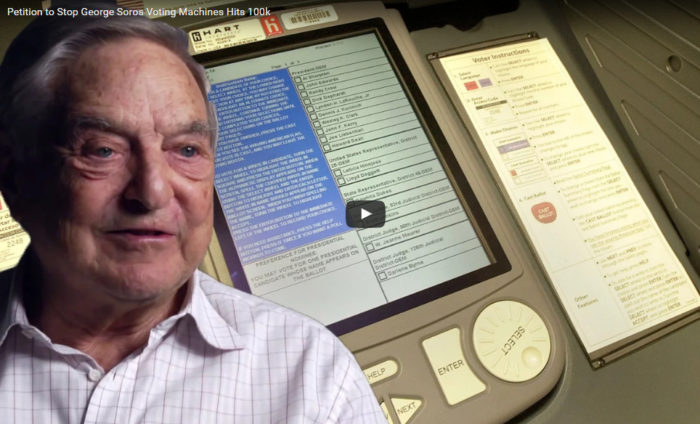 George Soros should have been in prison years ago. He is a monster…

A White House petition to remove Soros-owned electronic voting machines has passed the 100k votes necessary for a response. Will America finally stand up to global elite rigging our elections?

The U.K.-based company Smartmatic has sent voting machines to important battleground states across the US including Colorado, Florida, Michigan, Nevada, Pennsylvania and Virginia. More

Its website includes a flow-chart that describes how the company has contributed to elections in the U.S. from 2006-2015 with “57,000 voting and counting machines deployed” and “35 million voters assisted.”

After this report’s publication, Smartmatic updated its website to remove the flow chart and declare that “Smartmatic will not be deploying its technology in any U.S. county for the upcoming 2016 U.S. Presidential elections.”

According to Smartmatic’s website, “In less than one year Smartmatic tripled Sequoia’s market share” and “has offered technology and support services to the Electoral Commissions of 307 counties in 16 States.” More