Yeah, but Americans have a Constitution that protects our property from a corrupt government. Right? People in government don’t believe in private property. We have that problem in the states too. They just use different tactics to get the property; large fines, heavy tax burdens, crazy building codes.

If it was my property, it would be tempted to burned to the ground before I let the government confiscate it and use it for this purpose.

TGP: We all knew this day would come – we just didn’t know how soon. Germany is now confiscating residential units to rent out migrants living in the city of Hamburg. 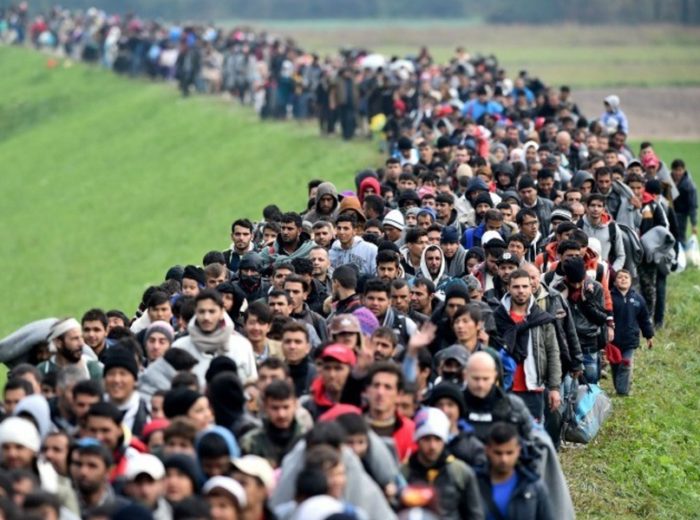 Gatestone Institute: Authorities in Hamburg, the second-largest city in Germany, have begun confiscating private dwellings to ease a housing shortage — one that has been acutely exacerbated by Chancellor Angela Merkel’s decision to allow more than two million migrants into the country in recent years.

City officials have been seizing commercial properties and converting them into migrant shelters since late 2015, when Merkel opened German borders to hundreds of thousands of migrants from Africa, Asia and the Middle East. Now, however, the city is expropriating residential property units owned by private citizens.

In an unprecedented move, Hamburg authorities recently confiscated six residential units in the Hamm district near the city center. The units, which are owned by a private landlord, are in need of repair and have been vacant since 2012. A trustee appointed by the city is now renovating the properties and will rent them — against the will of the owner — to tenants chosen by the city. District spokeswoman Sorina Weiland said that all renovation costs will be billed to the owner of the properties.

The expropriation is authorized by the Hamburg Housing Protection Act (Hamburger Wohnraumschutzgesetz), a 1982 law that was updated by the city’s Socialist government in May 2013 to enable the city to seize any residential property unit that has been vacant for more than four months.

The forced lease, the first of its kind in Germany, is said to be aimed at pressuring the owners of other vacant residences in the city to make them available for rent. Of the 700,000 rental units in Hamburg, somewhere between 1,000 and 5,000 (less than one percent) are believed to be vacant, according an estimate by the Hamburg Senate.

This is truly UNPRECEDENTED! Will Merkel’s madness ever come to an end?