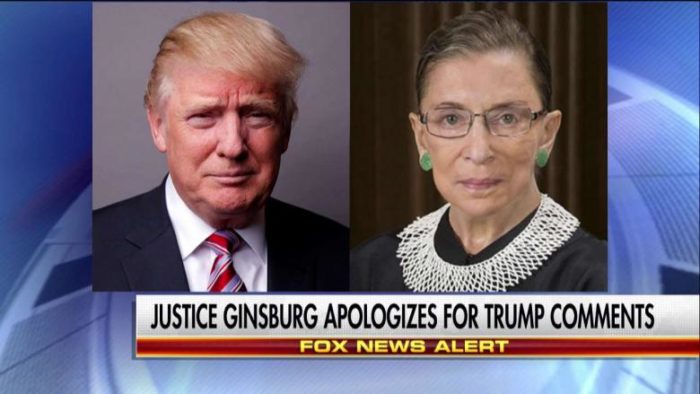 Ginsburg has just ruined the rest of her career as a Supreme Court Justice. Everyone will now question if her motives are guided by her political views.

“On reflection, my recent remarks in response to press inquiries were ill-advised and I regret making them. Judges should avoid commenting on a candidate for public office. In the future I will be more circumspect,” the statement read.

In recent days, Ginsburg called out Trump to CNN and The New York Times.

Justice Ginsburg of the U.S. Supreme Court has embarrassed all by making very dumb political statements about me. Her mind is shot – resign!

If I win the Presidency, we will swamp Justice Ginsburg with real judges and real legal opinions!

Asked by Bret Baier last night whether he was questioning Ginsburg’s mental capacity to serve on the high court, Trump responded, “Yeah, I think I am.”