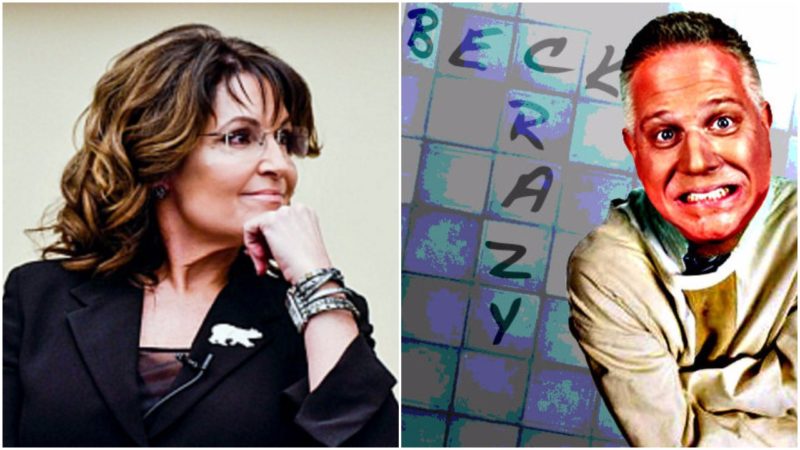 Glenn Beck on Palin’s Trump critique… Did she have ‘a brain aneurysm?’ No Glenn, but if you look up brain aneurysm, it has your picture right next to the explanation.

“Let me go back, real quick, Sarah Palin: Sincerely, has she had a brain aneurysm?” Beck asked during Monday staff meeting for his TheBlaze network. “Because I don’t know what has happened to her.” More