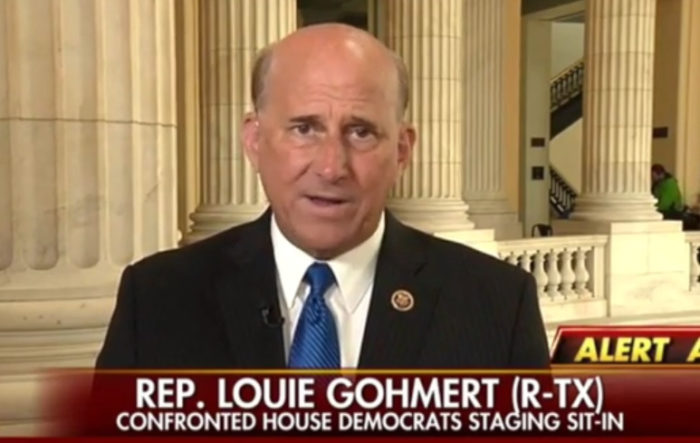 The great representative from Texas is what every representative should definitely be. Let’s face it the democrats are flat out wrong. When they are called out they whine, swear and try and damage anyone who is against their position. Gohmert made them all look foolish.

WZ: Gohmert nails it. Also called the Democrats out on their nonsense on the floor of the House.

(CNSNews.com) – Rep. Louie Gohmert (R-Texas) called it “outrageous” that House Democrats would grab microphones and prevent fellow lawmakers from conducting business in violation of House rules, all to make a point about gun control, which is really beside the point, he said:

“And when people go on for 12 hours, saying things, ‘It’s about guns,’ then that means Boston was about a pressure cooker. It wasn’t. Both of them were about radical Islam,” Gohmert told Fox News’s Charles Payne.

“And the reason people died unnecessarily is because this FBI, this Justice Department, this Homeland Security has purged their training materials, so FBI agents don’t know what questions to ask to find out if Mateen [Orlando attacker] or Tsarnaev [Boston attacker] had been radicalized. More