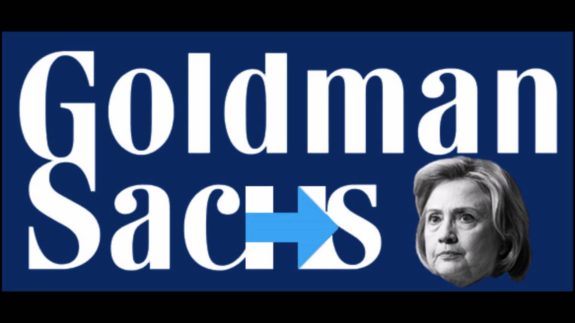 Of course Goldman Sachs would change its policy on contributing money to campaigns in the middle of the election season.

Investment bank Goldman Sachs has banned its high-ranking employees from contributing money to certain campaigns including that of U.S. Republican presidential candidate Donald Trump, according to reports in Politico and Fortune.

The online politics magazine reported Tuesday that the bank had expanded its political restrictions to partners of the firm. It cited an email that was sent out last week by the bank telling its employees about its rules on political activities.

The policy change is meant to prevent employees from violating pay-to-play rules and to minimize damage to the firm’s reputation from any potential violations. Pay-to-play schemes involve campaign contributions or other payments made by investment advisers to state and local government officials in an attempt to influence the awarding of lucrative public contracts, according to the U.S. Securities and Exchange Commission. Goldman Sachs was not immediately available for comment when contacted by CNBC.

The penalty for failing to comply with this rule can include fines and a temporary ban on the firm from conducting business with governmental clients, Politico reported.

The email cited by Politico does not mention Trump’s name but the business magazine Fortune said it had obtained a copy of the memo in which Goldman specifically mentions the Trump-Pence campaign as one partners cannot support any longer.

Banned donations include those to any federal candidate who is also a current state or local official, Fortune reported. This would rule out the Trump/Pence ticket, it noted. Pence is the sitting Governor of Indiana.

Fortune also noted that the rules ban donations to politicians running for state or local offices, as well as donations to state officials who are seeking federal office.