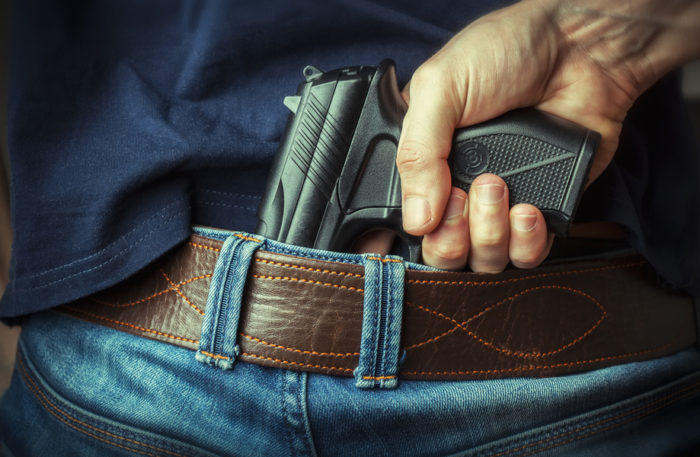 This story has been ignored by all national news outlets. If the criminal hadn’t been shot by a good guy with a gun, this story would be plastered on the front page of every Liberal news outlet in the country.

A man with a concealed carry license stopped a shooter after the latter opened fire on a crowd of people at a nightclub in South Carolina early Sunday morning, according to WISTV.com.

After getting into a fight with another person, the 32-year-old suspect pulled out a gun and began to fire at a crowd of people gathered outside of the club, hitting and injuring four, WISTV reports. One of the victims, who holds a concealed-carry permit, shot back in self-defense, hitting the suspect in the leg.

The suspect has been charged with four counts of attempted murder. He was also charged for unlawfully carrying a weapon and for carrying one while committing a violent crime.

The concealed carrier who shot back won’t be facing any charges, as his permit to carry was valid.