What will Mueller’s team do when they accidentally run across information that links Clinton to Russia? Just trash it or dump Clorox on it?

This is their last ditch attempt to remove Trump peacefully. The anti-Trumpers in conjunction with the media are openly mocking us with the Russia collision BS and the obvious omission of their crimes. Calling it a swamp is just way too generous, it’s more like the DC mafia! 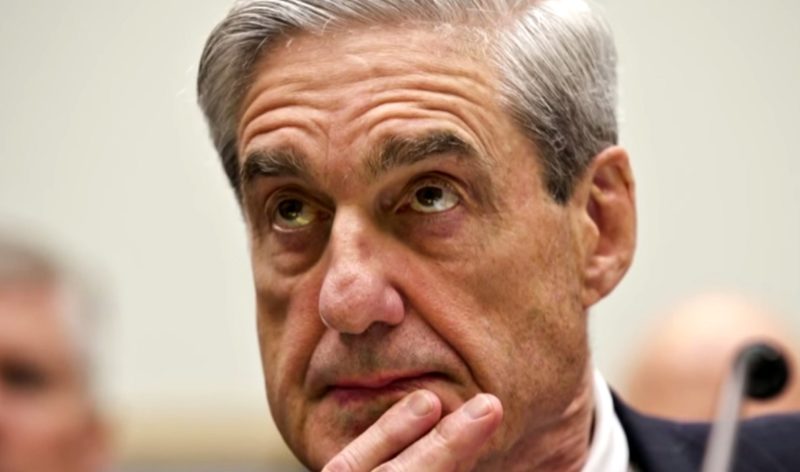 It’s anyone’s guess why Mueller has gone far beyond the initial purpose of his investigation, but a Texas GOP Congressman wants answers.

Rep. Brian Babin (R-TX) is asking fellow Congressmen to sign his letter demanding Mueller publicly testify in front of Congress to explain his rationale behind the grossly expanded probe.

Babin is chiefly concerned with Mueller’s “conflicts of interest” in connection to Hillary Clinton and the Democrat Party.

Daily Caller: Mueller, who is investigating Russian election interference and possible ties between the Kremlin and the Trump campaign, has come under intense criticism from allies of President Donald Trump for hiring attorneys who have donated to Democratic candidates and for his personal relationship with former FBI Director James Comey. Trump himself has called Mueller’s employment of Democratic donors “ridiculous,” yet he maintains that he has no plans to dismiss the special counsel.

“Every nominee for United States Attorney must be confirmed by the Senate, a process that brings to the forefront any concerns regarding the nominee’s ability to hold their position in a decent and impartial manner. However, as Special Counsel Robert S. Mueller III and his team of lawyers investigate our very own president, we as a nation wait in the dark with very little information about those given this great authority,” Babin wrote in the letter to his fellow representatives.

Babin writes in the letter that there are “serious concerns” about conflicts of interest with regard to members of Mueller’s counsel who donated “generously” to Democrats or even represented Clinton herself.

“In addition, this investigation has the potential to drag on for months, or even years, and cost millions in taxpayer dollars,” Babin added.

That’s a huge story. I mean, come on, this is like the Mafia cases. You don’t know this. I don’t know if many of you know this, but Mueller is a very, very skilled prosecutor. It was Mueller and Comey by the way, mainly Mueller, in his period, where he had the FBI do the biggest Mafia roundups in New York history. And they have a standard operating procedure, which is that they flip people on the bottom and turning them into cooperating witnesses. And once they have a cooperating witness, they bring the next one down and the next one down.

There’s no question in my mind that this raid on Manafort, which came out of the blue, is Mueller trying to flip someone if he hasn’t already flipped someone. Maybe he got someone underneath Manafort who flipped, and they got Manafort. They get Manafort, and Manafort’s gonna flip. It’s gonna go right up the chain. And they’re gonna get … a couple of them as cooperating witnesses.

Who knows how many have been wired? Do we know how many visitors to Trump Tower were wired at the time? Do we have any idea? This witch hunt goes on and on and on.

Maureen Dowd, a darling in particular of leftists who fancy themselves enlightened and witty, was giddy in her most recent Sunday New York Times column about how Mueller would be showing President Trump who’s boss. The 65-year-old “eternal teen” gave Mueller the lewinsky treatment, in a column oh-so-cutely called “Bobby Sticks It to Trump” (BARF ALERT):

A White House adviser told me recently about how scary Mueller’s dream team is, and how Jared Kushner should be nervous. Every time Mueller adds a legal celebrity to his crew, the music gets cued for an “Ocean’s Eleven” or “Dirty Dozen” array of talent. One lawyer helped destroy the New York City mafia; another helped bring down Nixon; another tackled Enron; others are experts on foreign bribery and witness-flipping. As GQ’s Jay Willis wrote, “If these people were coming for you over a parking ticket, you’d be thinking about liquidating your life savings.”

Even before his panting, bodice-ripper of a report came out, Ken Starr was getting dismissed as a partisan Javert. He’s still risible, warning Mueller on CNN Friday that “we do not want investigators and prosecutors out on a fishing expedition.” You know you’re in trouble when Mr. Rod & Reel warns you about going fishing.

Mueller is taken seriously as Mr. Clean Marine, a Republican willing to stand on principle even against other Republicans, as when he and James Comey resisted W. on warrantless wiretapping. Mueller is seen as incorruptible, so his conclusions will most likely be seen as unimpeachable.