Finally, some irrefutable evidence that will wipe that smug expression off Obama‘s face. Ditto to the dirtbags Rosenstein, Mueller, Comey, and Hillary.

The Deep State and FBI are in overdrive to prevent the FISA memo from being released to the public.

In a last-ditch effort, the FBI is pulling out all the stops to either delay the release, delegitimize the memo or redact names from the document. 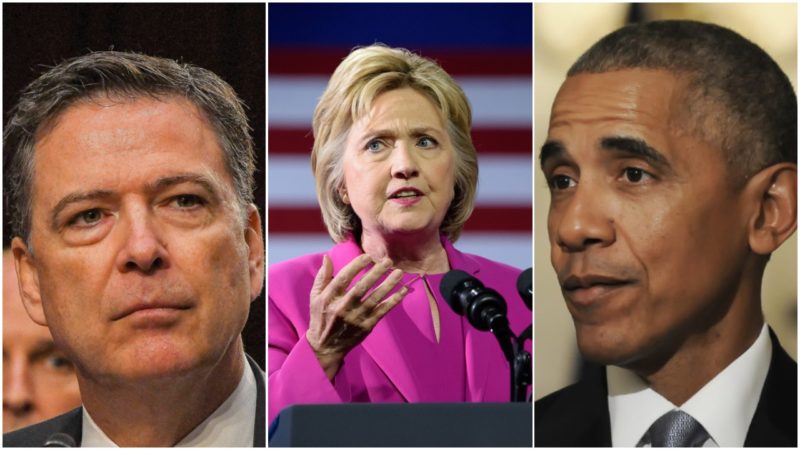 On Thursday, GOP Rep. Jeff Duncan (R-SC) said after reading the FISA memo, it is clear the FBI will be shaken to the core. Duncan also said the memo will reveal the FBI was weaponized by Obama officials, the DNC and Hillary Clinton to target political adversaries.

GOP Rep Jeff Duncan said, “Having read “The Memo,” the FBI is right to have “grave concerns” – as it will shake the organization down to its core – showing Americans just how the agency was weaponized by the Obama officials/DNC/HRC to target political adversaries.” #ReleaseTheMemo

Having read “The Memo,” the FBI is right to have “grave concerns” – as it will shake the organization down to its core – showing Americans just how the agency was weaponized by the Obama officials/DNC/HRC to target political adversaries. #ReleaseTheMemo

The FISA memo will be sent to the House Intel Committee Friday with redactions from the White House. The Committee will then release the memo on its timetable, reports CBS’s Major Garrett. Read more at TGP.

James Comey just sent out another maniacal tweet. Suggesting President Trump is a weasel and won’t last long. The heat in the kitchen is getting hotter and hotter!

All should appreciate the FBI speaking up. I wish more of our leaders would. But take heart: American history shows that, in the long run, weasels and liars never hold the field, so long as good people stand up. Not a lot of schools or streets named for Joe McCarthy.

YOU ARE A TOTALLY POLITICAL HACK WHO OBSTRUCTED JUSTICE!

YOU, JAMES COMEY, ARE A TRAITOR TO AMERICA. YOU ARE GUILTY OF TREASON!

Good. Release the damn memo with all the names Un redacted!!!! Enough bullshite already. We The People have had enough