Gorsuch & Dem Senator Whitehouse Clash On Disclosure Laws, “The Ball Is In Your Court”

“We have this $10 million that is being spent on behalf of your confirmation,” the Rhode Island Democrat posed to President Trump’s Supreme Court nominee. “Do you think for instance, that we on this panel ought to know who is behind that?”

Gorsuch responded by noting “that’s a policy question for this body.”

“Well, it’s also a question of disclosure,” Whitehouse continued. “You could ask right now that as a matter of courtesy, as a matter of respect to the process, that anybody funding this should declare themselves so that we can evaluate who is behind this effort, right?” More

After Achieving Absolutely Nothing... Chelsea Clinton Is Awarded With Lifetime Achievement Award

CRACKDOWN: Here’s What CCP Schools Have In Common With Ours
August 3rd, 2021 Clash Daily 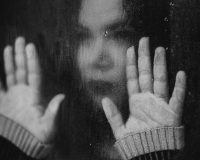 3 New Polls Show That They Are Going To Need To Cart Out Much Bigger Doses Of “Hopium”
August 3rd, 2021 Sons of Liberty Media
SHARE

Gorsuch & Dem Senator Whitehouse Clash On Disclosure Laws, “The Ball Is In Your Court”