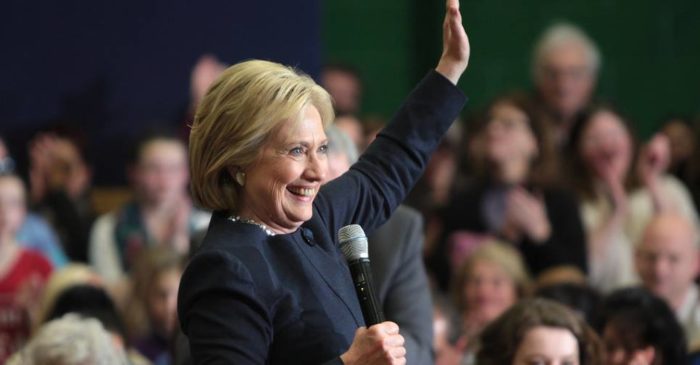 Why are they giving Hillary such special treatment, especially after the FBI has said that she did break the law? If it was anyone else they would be in jail already.

The FBI is not recommending criminal charges regarding Hillary Clinton’s mishandled classified emails, an act of leniency that is bizarrely out of sync with how Washington traditionally punishes breaches of secrecy.

The Obama administration has filed more charges against those who leak classified information than all previous presidential administrations combined, according to a statement made by CNN’s Jake Tapper that was marked “True” by Politifact. The culture of secrecy in Washington is so prevalent that former CIA and NSA Director Michael Hayden famously said in 2010, “Everything’s secret. I mean, I got an email saying ‘Merry Christmas.’ It carried a top secret NSA classification marking.”

Even seemingly minor violations of these policies are met with little mercy.

Shamai K. Leibowitz was given 20 months in prison for sharing FBI documents to a blogger that he believed showed a “violation of the law.” Just last month, Petty Officer First Class Kristian Saucier plead guilty to taking cellphone pictures inside a classified engine room on a nuclear sub, and while “no public suggestion has been made that he ever planned to disclose the photos to anyone outside the Navy,” he could face up to thirty years in prison, though the prosecution will likely pursue a shorter sentence.

“I just don’t think it’s fair,” said Gene Pitcher, a retired Navy sailor who served alongside Saucier. “In reality, what [Clinton] did is so much worse than what Kris did. … I think it’s just a blatant double standard.”

FBI Director James Comey said in a press conference on Tuesday that Clinton and her coworkers were “extremely careless in their handling of very sensitive, highly classified information,” some of which included top secret material. Comey said that they found direct evidence that contradicted Clinton’s previous claims that she had never sent classified information on her personal email account and even suggested that Clinton may have put the country at risk, acknowledging the possibility “that hostile actors gained access to Secretary Clinton’s personal email account.”

However, Comey said that the FBI is not recommending Clinton be charged with a crime because of her “intent,” saying that while Clinton did break the law, she did not do so maliciously.

However, Army Private Chelsea Manning was not given any leniency based on her “intent” when she was given a 35-year prison sentence for leaking evidence that exposed war crimes perpetrated by the American military. Edward Snowden was charged with three felonies for making off with secret NSA files. If caught, he could serve up to 30 years in prison.

Although Manning and Snowden intentionally leaked documents, an important distinction from Clinton’s case, it is also worth noting that they sought only to inform the public of what they had found, without intent to harm the legal government. They also were not seeking to personally profit from their activities. More