Why would the victim of a crime not turn over a server?

The Democrats are accusing the Russians of hacking into their computers but refuse law enforcement access to those computers so the crime can be investigated. Makes perfect sense right?

There was plenty of evidence of crimes on that server, that’s why Debbie Wasserman-Schultz made sure no one had access to it. The Russians weren’t the ones committing the crimes but that would have been discovered if the FBI had access to the server. 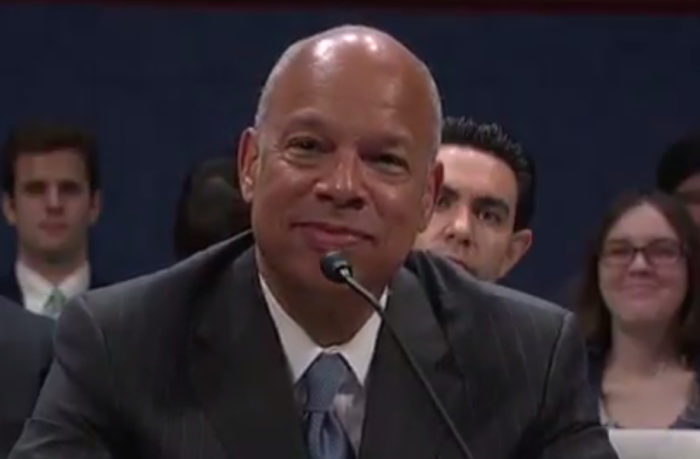 Rep. Gowdy, on the DNC: “Why would the victim of a crime turn over a server?”
Johnson: “I’m not going to argue with you, sir.” pic.twitter.com/zph4BChKjR

Former DHS chief under Obama, Jeh Johnson said that the DNC, to his ‘disappointment,’ did not cooperate with DHS to respond to the hacks.

The DNC rejected help from the DHS following Russian hacks into its computer systems during the 2016 election cycle, according to former DHS chief Jeh Johnson.

Jeh Johnson also said that he first became aware of intrusions into DNC systems sometime last year in the fall, months after the FBI had learned of the problem.

Trey Gowdy: “If they had turned the server over to either you or Director Comey, maybe we would have known more and maybe there would have been more for you to report. So I guess what I’m asking you is, why would the victim of a crime not turn over a server to the Intelligence community or to law enforcement?”

This is the million dollar question. If the DNC is a victim of hacking, then why hasn’t any intelligence agency taken a look at the servers? Don’t they want to get to the bottom of the Russian hacking? Don’t the Democrats want to prevent this from happening again? Clearly, they have something to hide otherwise they would hand over their servers.

Jeh Johnson replied, “Uh, I’m not going to argue with you, sir. Uh, that was a leading question and I’ll agree to be led.”

What we do know is that the DHS was also caught trying to hack into the Georgia elections. Typical projection from the left. They are accusing others of doing exactly what they do. The left were the obstructionists; the leftists were rigging the election.

Political Cartoon: In Search Of A Crime