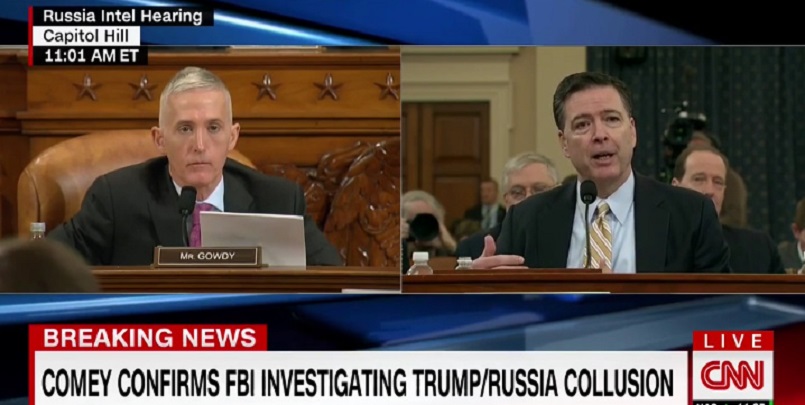 Kind of a backdoor way of asking FBI Director James Comey are you a political hack or a legitimate law enforcement officer? Smart move for Congressman Trey Gowdy…

Congressman Trey Gowdy pressed the F.B.I. Director James Comey — during his Monday hearing before the House Intelligence Committee — on how media outlets, such as the New York Times, have encountered classified information relating to the intelligence community’s investigation into the 2016 election.

You'll Be SHOCKED At Massive NPR And PBS Salaries! Trump Is Right To Cut, Cut, Cut!