Gregg Jarrett: I Suspect This FISA Document Will Show Numerous Felonies… With Up to 10 Years Behind Bars

At the same time that the FISA memo suggests the Obama and his evil regime were traitors and crooks, the Schumer Shutdown is occurring on behalf of illegals to harm the military & American citizens. 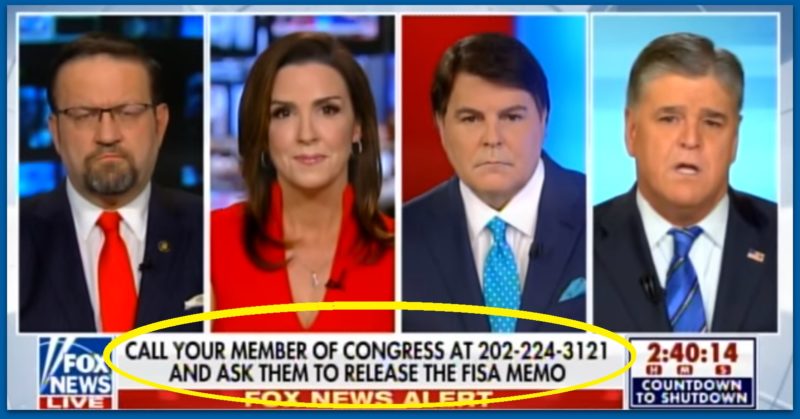 Attorney and FOX News analyst Gregg Jarrett joined Sean Hannity on Friday night to discuss the explosive FISA document that was released to the House Intelligence Committee this week.

Gregg Jarrett says the document will show “numerous felonies” by top Obama DOJ and FBI officials. Jarrett then adds that the criminal actions may result in up to 10 years in prison. Read more at TGP.

Gregg Jarrett: Top officials should be impeached which means they can’t hold another government position. But I suspect this intel document is going to reveal multiple felonies by high ranking officials at the FBI and Department of Justice. There’s a federal felony statute it’s called Deprivation of Rights Under Color of Law and it says that a government official cannot use their government position to deprive somebody of their constitutional rights. Here it’s the constitutional right to privacy… If the DOJ goes into a federal judge using a fake false document to obtain a warrant to spy that’s a violation, it’s a felony, it’s 10 years behind bars.

We don’t care about all the juicy details if nothing is going to happen. Spare me all the theatrics and deliver the goods. We’ve had enough!

This is just the beginning.

Why aren’t more people outraged about the democrats weaponizing our government to steal an election ,ect.?

As of now we ALL need to call this what it is:

Flashback: Maxine Waters: “Obama Has Put In Place” Secret Database With “Everything On Everyone” #ReleaseTheMemo

Gregg Jarrett: I Suspect This FISA Document Will Show Numerous Felonies… With Up to 10 Years Behind Bars