Democrats no longer care about anything but only causing chaos because they didn’t get their way. If they can’t win an election, they would rather burn it all down.

WZ: And this is why GOP members have been threatened because these people keep jacking people up against them. No, that’s not legitimate politics, that’s stalking and criminal conspiracy.

Fox News: The left has upped the stakes in its guerilla operations against Republicans, as deep-pocketed groups fund protesters to show up to the offices and even houses of congressmen to protest their lack of “town hall” meetings. 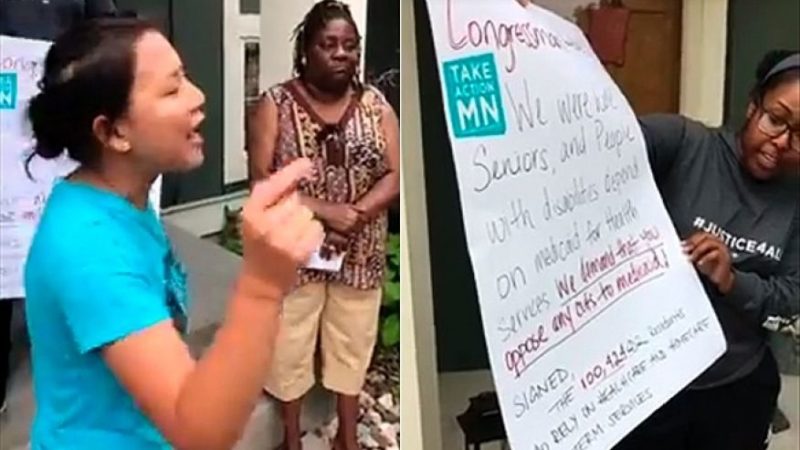 Earlier this month, protesters targeted the home of Rep. Jason Lewis, a newly elected Republican in Minnesota’s 2nd District. The protests on his doorstep grew big enough that one of his neighbors called the police.

“Fortunately my family wasn’t home at the time,” Lewis told Fox News. “I ran for Congress, but my family didn’t run … so to bring them into it I think is not in keeping with the best of American tradition.”

Protesters also have shown up at the homes of other Republican lawmakers in swing districts such as Rep. John Faso, R-N.Y., and Rep. Darrell Issa, R-Calif. Some 200 protesters showed up at Issa’s home to blast him for not holding town hall meetings, leading his spokesman to say: “Dragging the congressman’s wife and family into this goes beyond the pale.”

The targets say the whole operation is part of a one-two punch orchestrated from the top, in which left-wing groups throw their first punch by rounding up activists and training them to be as disruptive as possible during representatives’ town halls.

Then, when lawmakers stop holding those events, the groups throw their second punch by protesting at their homes. More