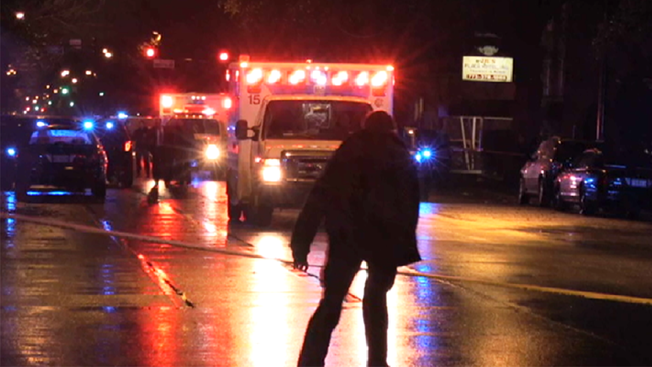 In all, at least 61 people were shot in attacks across the city over four-day holiday weekend, according to Chicago Police.

Last year, 8 people were killed and 20 were wounded in shootings during the same holiday weekend, beginning at 7 p.m. the day before Thanksgiving.

The latest homicide happened at 2:03 p.m. Sunday in the Gresham neighborhood. An 18-year-old man was sitting in a parked vehicle in the 8800 block of South Marshfield Avenue when someone fired at the vehicle from an SUV, police said. The SUV, described as being dark in color, was driven away from the scene, headed north on Marshfield. The 18-year-old suffered several shots to the chest and took himself to Christ Medical Center in Oak Lawn where he was pronounced dead, according to police and the Cook County medical examiner’s office. His name has not yet been released.

About 10 minutes earlier, in East Garfield Park, a 37-year-old man had been shot dead, police said. Rickey J. King was with a group in the 3800 block of West Adams Street when someone across the street opened fire; the assailant then fled on south on foot. King was shot in the head and pronounced dead at the scene, according to police and the Cook County medical examiner’s office.

At 2:38 a.m. Sunday in the Homan Square neighborhood on the West Side, two men were seated in a parked vehicle in the 3400 block of West Harrison Street when a silver car stopped in front of them and two males wearing hooded sweatshirts exited the car and opened fire, police said. Erik Peoples, 30, suffered gunshot wounds to the head and body and was pronounced dead at the scene, police said. The other man, 31, was shot in the right arm and taken to Mount Sinai Hospital, where his condition was stabilized.

A 56-year-old man was gunned down at 3:38 p.m. Saturday in the South Side Woodlawn neighborhood, authorities said. Witnesses told police they saw two men get into a fight and then heard a gunshot in the 6600 block of South Kenwood Avenue. The man was shot in the head and pronounced dead at the scene at 3:47 p.m., according to police and the medical examiner’s office. His name has not been released.