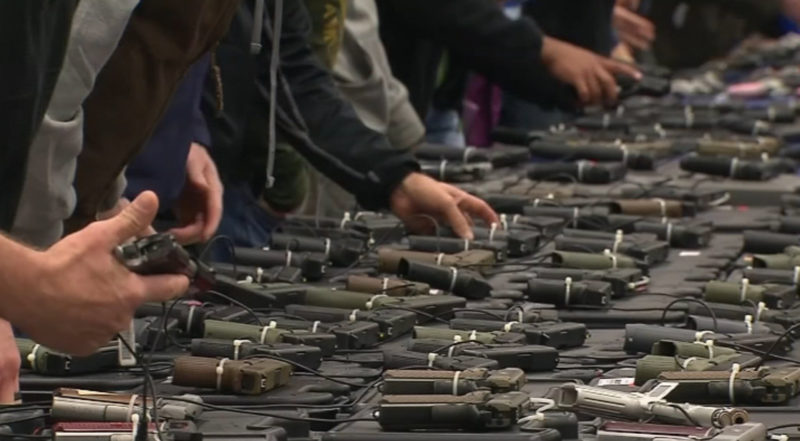 Just don’t give all the credit to Obama for this wonderful news, the prospect of Hillary also deserves some credit. Obama is the perfect example of why we have the 2nd amendment. Every individual who values their freedom better start packing heat.

Gun sales hit the 17th consecutive monthly record in September according to FBI data released on Monday, and overall sales are up 27 percent compared to the same period last year.

A total of 1,992,219 background checks were processed through the bureau’s National Instant Criminal Background Check System for the month of September, higher than the 1,795,102 conducted in September 2015.

The number of checks run through the FBI’s NICS system is a reliable indicator of how firearm sales are trending, though there is no precise correlation between the number of checks and the number of guns being sold. Licensed dealers are required to run a check in the database every time they make a sale, but sometimes turn buyers down.

Sales have surged in the wake of ammunition shortages and fears that the Obama administration may seek to restrict Second Amendment rights in the president’s waning days in office. Experts say the equipment being sold indicates interest has spiked out of growing interest in self-defense and hunting.

“Sales of handguns and AR’s have been very strong for the past two months. Hunting rifles have been about average for this time of year,” Scott Blick, a managing partner at Ammunition Depot, told the Washington Examiner. “Ammunition sales are definitely following that pattern with sales of 9mm ammo and .223 ammo being extremely strong.”

A year-over-year record has been set every month since May 2015. The September figure brings the total for the first nine months of the year to 19,872,694, and puts this year on easily track to break last year’s 12-month record, when 23,141,970 sought to purchase firearms.

The last two months of the year tend to be the best for gun sales. A total of 3,314,594 Americans applied to lock and load in December 2015, making it the most firearm-friendly month on record. More