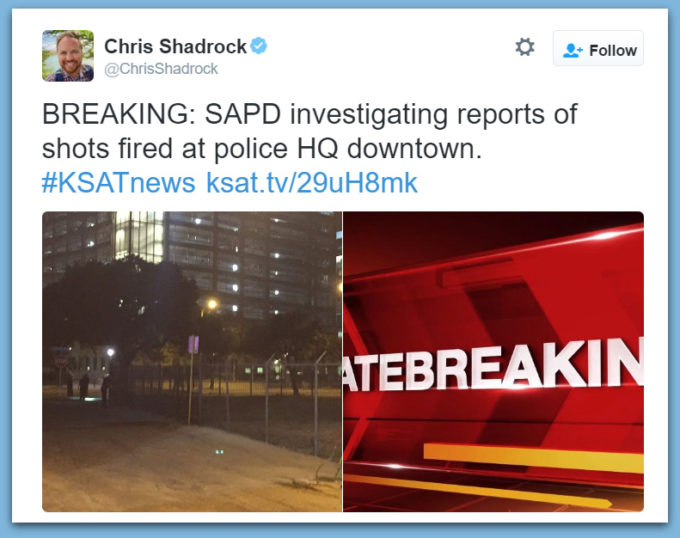 The police are now questioning a suspect in the shooting.

A gunman opened fire outside the headquarters of the San Antonio Police Department in Texas, striking the building but causing no injuries, officials say. The suspect is still at large and there was no immediate word on a motive.

The incident happened at about 9:50 p.m. CT on Saturday when multiple gunshots were fired outside the headquarters of the San Antonio Police Department, which is located at 315 South Santa Rosa Avenue off Interstate 35.