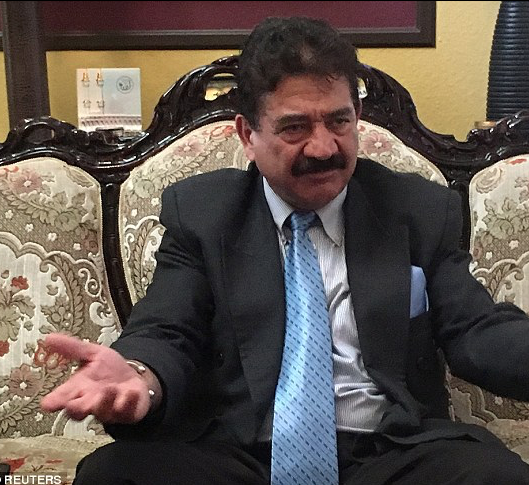 I doubt better security at the nightclub would have stopped his son. He just wants to divert the blame onto someone else.

Daily Mail: The father of Omar Mateen has blamed security staff at Pulse nightclub for not preventing the murder of 49 innocent people.

Seddique Mateen said religion had nothing to do with the massacre and that he wished his son was alive so he could ask him why he did it.

His son, Omar, a 29-year-old bodybuilder of Afghan origin, shot down clubbers and injured dozens at the Orlando club on Sunday morning.

‘My personal feeling (is) he is responsible, the club is responsible for not having good security. If there was a good communication with the security there, they could have protected much better.’

His son, who had pledged his allegiance to ISIS on the phone to police, was killed by SWAT officers when he opened fire after crawling out of a hole made to rescue clubbers.

Asked why he thought his son had gay dating apps like Grindr and Jack’d on his mobile phone, Mr Mateen said he wished his son was alive so he could ask.

‘I don’t know what he was doing and I wish I did know. I don’t know why he was using that, to get there and do something. I wish he was alive so I could ask him,’ said Mr Mateen.

He added the attack had ‘nothing to do with religion’.

A message posted by Seddique Mateen on Facebook early Monday morning made clear his own views on homosexuality.

In the video the elder Mateen says he was saddened by his son’s actions during the Muslim holy month of Ramadan.

He then added: ‘God will punish those involved in homosexuality’, saying it’s, ‘not an issue that humans should deal with’. More