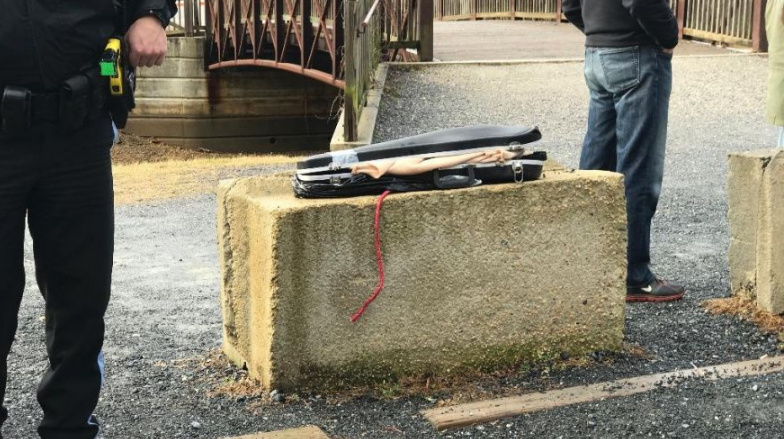 Published on January 04, 2017 – If it happened two weeks ago, why haven’t we seen anything about this on the mainstream news?

Egads. Guns stashed in places along the Potomac, right before the inauguration? Looks like someone may have more than just protesting and butyric acid in mind…

A walker in Washington came across two guns in a violin case along the Potomac River on Wednesday, leading police to find several other weapons stashed in the area, officials said.

U.S. Park Police said a woman walking in the woods near the C&O Canal, which runs along the river, found the case. When law enforcement officers arrived, they found more guns and ammunition — some in pails, others in plastic garbage bags.

“At this point, we don’t know how they got there, why they’re here or when they got here,” police spokeswoman Sgt. Anna Rose said.

She said officers found a variety of weapons, including long guns and pistols. More