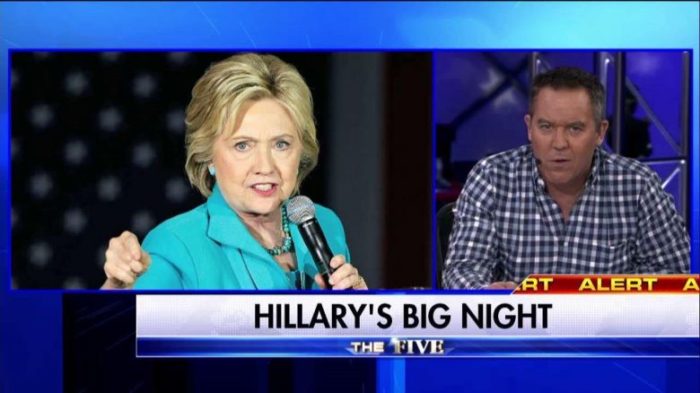 Do you agree with Gutfeld? Do you think her absence has been helping her or hurting her? Does it make her seem like a better candidate?

Greg Gutfeld said the one thing helping Hillary Clinton so far this Democratic convention has been her absence.

“The less you see of her, the better she seems,” Gutfeld said.

Gutfeld said Clinton’s is “as wooden as George Washington’s teeth.”

“We’ve been told there’s no one more qualified than her, but why hasn’t she been able to sell that one herself?

“Imagine sending your pals to a job interview, while you sit in the car sending emails to Huma. That’s Hillary’s campaign.”

Watch the full monologue above.