Are hackers the only hope we have of getting a fair election in light of all the Democrat corruption? Please comment below with your thoughts.

After disappearing for a couple of weeks, the hacker “Guccifer 2.0” returned late this afternoon to provide a new headache for Democrats.

In a post to his WordPress blog, the vandal–who previously provided nearly 20,000 Democratic National Committee e-mails to Wikileaks–uploaded an Excel file that includes the cell phone numbers and private e-mail addresses of nearly every Democratic member of the House of Representatives.

In announcing the leak of the document, “Guccifer 2.0” reported that the spreadsheet was stolen during a hack of the Democratic Congressional Campaign Committee. “As you see I wasn’t wasting my time! It was even easier than in the case of the DNC breach,” the hacker wrote.

Along with the Excel file, “Guccifer 2.0” also uploaded documents that included the account names and passwords for an assortment of subscription services used by the DCCC, from Lexis-Nexis to Glenn Beck’s web site. More 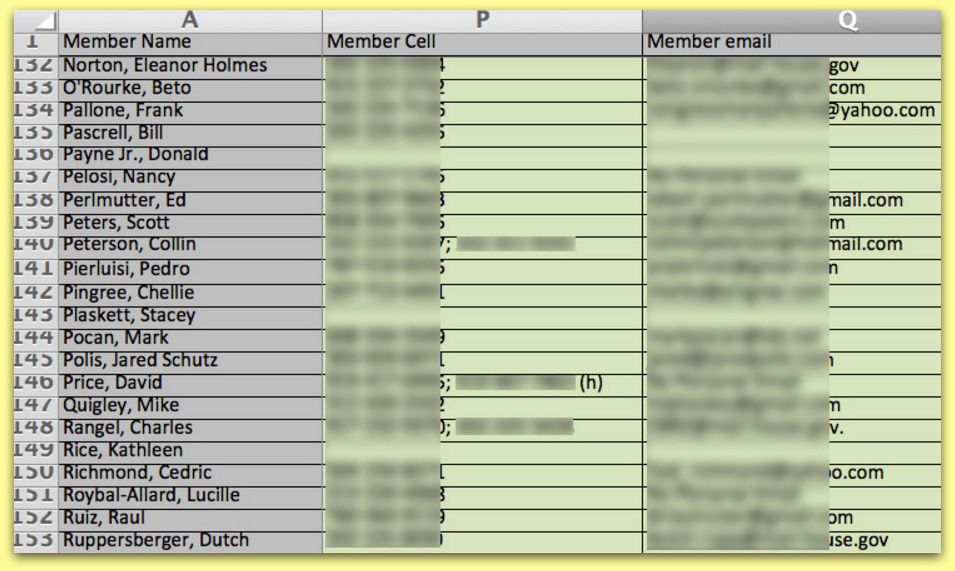 "Gender Unicorn" For Kids Let Them Color In Their "Gender Identity"

Nancy Pelosi: We Need To Fund Planned Parenthood "For The Babies"