Haitian Official Slated To Testify Against Clinton Foundation Corruption, Found DEAD With “Gunshot To The Head”

Another unusual death related to the Clinton scandals. No one investigates the connections because they all happen in different jurisdictions. 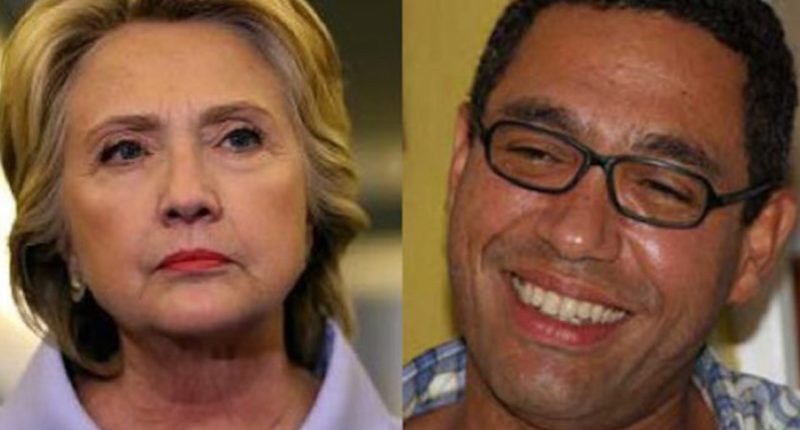 One man was set to testify against the Clinton Foundation next week. That man was 50-year-old former Haitian government official Klaus Eberwein. He was found dead in his Miami home with a “gunshot to the head” that’s been ruled a “suicide” by the Miami-Dade’s medical examiner records supervisor. (Think Vince Foster)

Klaus Eberwein, a former Haitian government official who was expected to expose the extent of Clinton Foundation corruption and malpractice next week, has been found dead in Miami. He was 50.

Eberwein was due to appear next Tuesday before the Haitian Senate Ethics and Anti-Corruption Commission where he was widely expected to testify that the Clinton Foundation misappropriated Haiti earthquake donations from international donors.

Eberwein, who had acknowledged his life was in danger, was a fierce critic of the Clinton Foundation’s activities in the Caribbean island, where he served as director general of the government’s economic development agency, Fonds d’assistance économique et social, for three years.

According to Eberwein, a paltry 0.6% of donations granted by international donors to the Clinton Foundation with the express purpose of directly assisting Haitians actually ended up in the hands of Haitian organizations. A further 9.6% ended up with the Haitian government. The remaining 89.8% – or $5.4 billion – was funneled to non-Haitian organizations.

The former director general of Haiti, who also served as an advisor to Haitian President Michel Martelly, was also a partner in a popular pizza restaurant in Haiti, Muncheez, and even has a pizza — the Klaus Special — named after him.

According to the Haiti Libre newspaper, Eberwein was said to be in “good spirits“, with plans for the future. His close friends and business partners are shocked by the idea he may have committed suicide.

“It’s really shocking,” said Muncheez’s owner Gilbert Bailly. “We grew up together; he was like family.” –Your News Wire

Americans were warned about the crooked dealings of the Clinton Crime family when in September of 2016, former Senate President of Haiti, Bernard Sansaricq, shocked a large crowd at a Trump campaign event in Little Haiti, FL. Sansaricq stood up during the public event and relayed his account of the Clinton’s dirty dealings in Haiti while he was still in office. To his credit, candidate Donald Trump allowed Sansaricq to speak his mind, and to expose the crimes of the Clinton’s, who were attempting to scratch and claw their way back into our White House.

He also demanded that Hillary Clinton “disclose the audit of all money” related to the Haiti earthquake crisis, as he claimed they scammed the poorest citizens of Haiti out of BILLIONS of dollars through the Clinton Foundation.

Go to the 5 minute mark of the video to see Sansaricq’s comments to candidate Trump:

James Carville: There Is ‘No One’ In Charge of the Democratic Party, 2018 Senate Chances Look Bleak (Audio)

Haitian Official Slated To Testify Against Clinton Foundation Corruption, Found DEAD With “Gunshot To The Head”